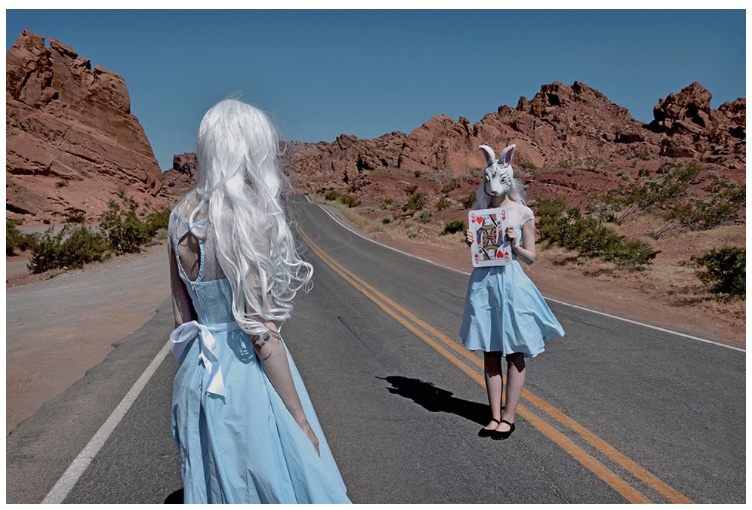 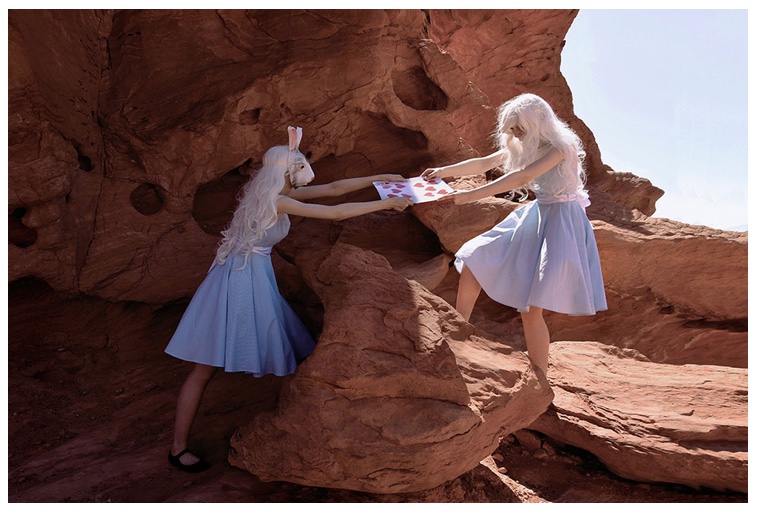 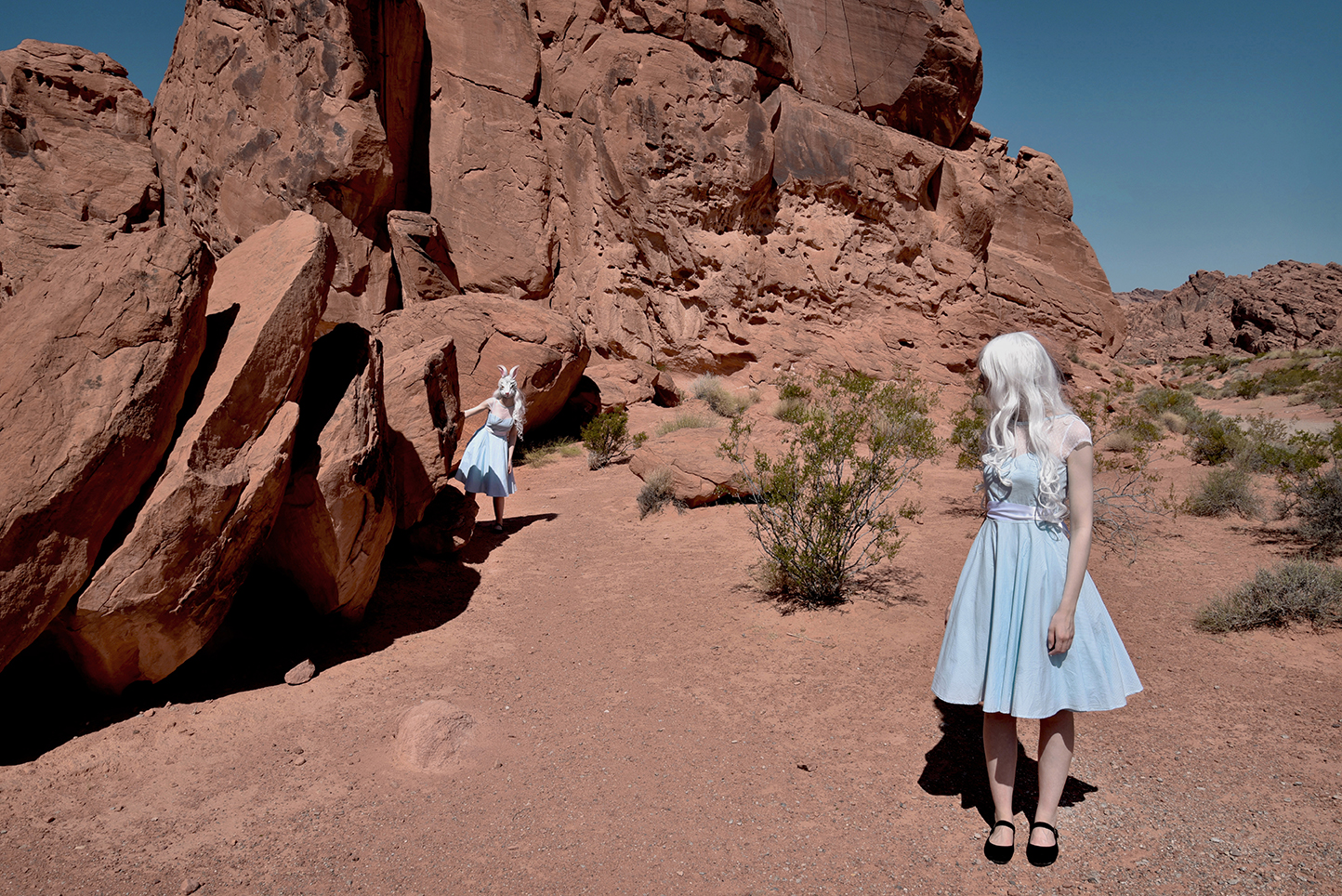 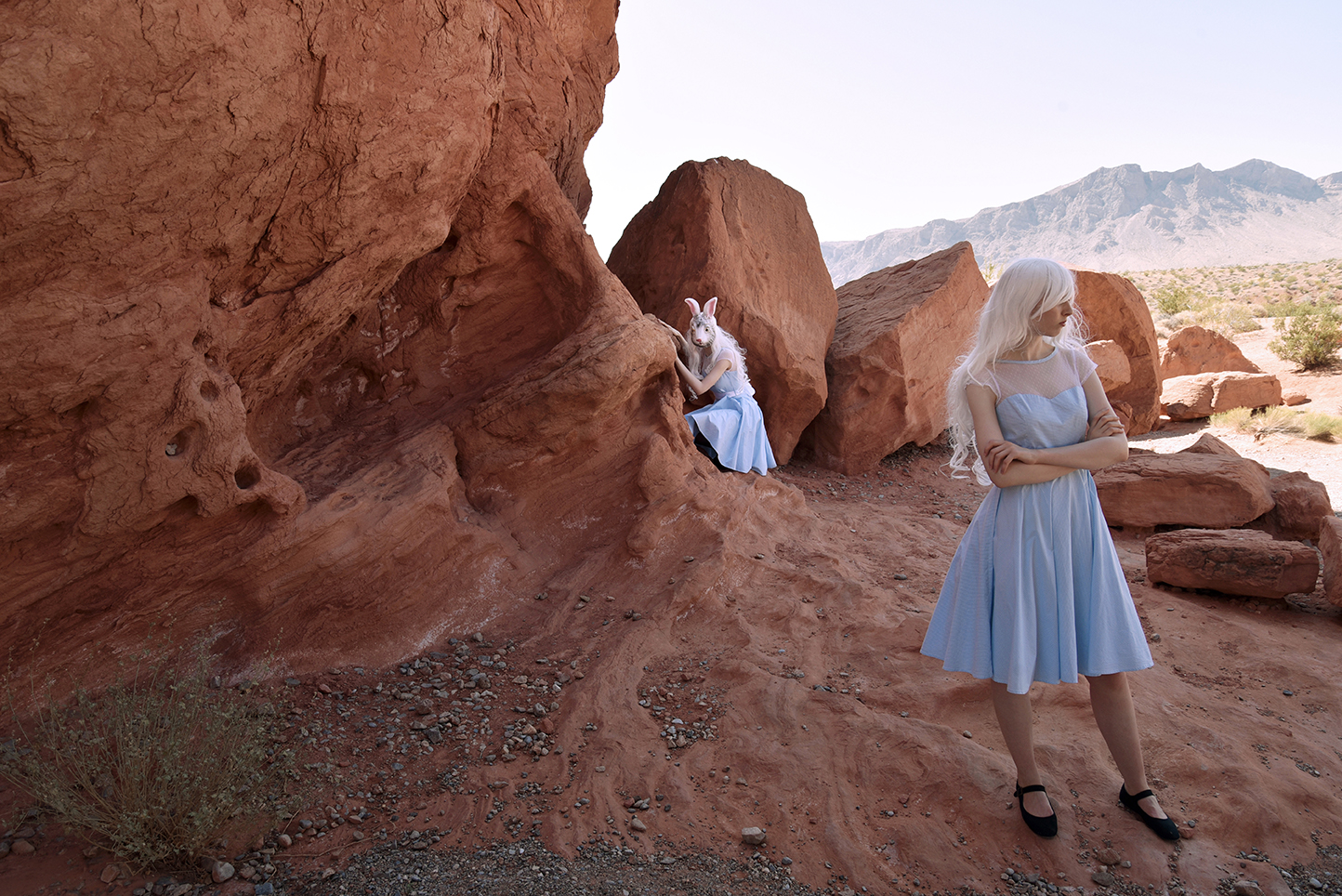 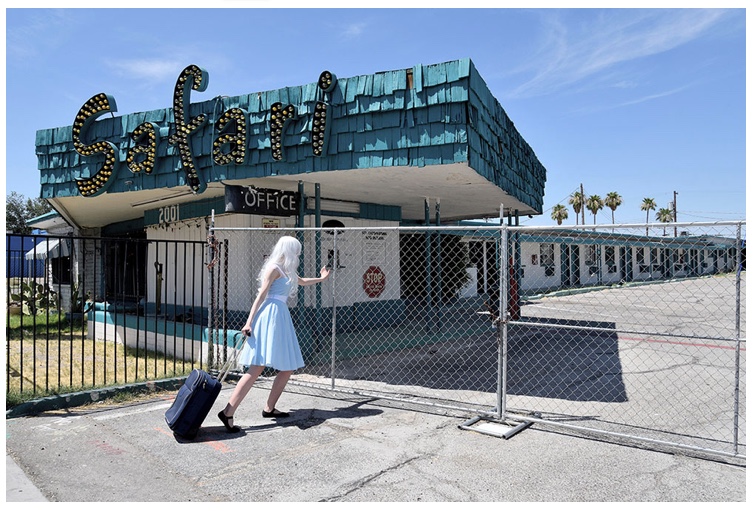 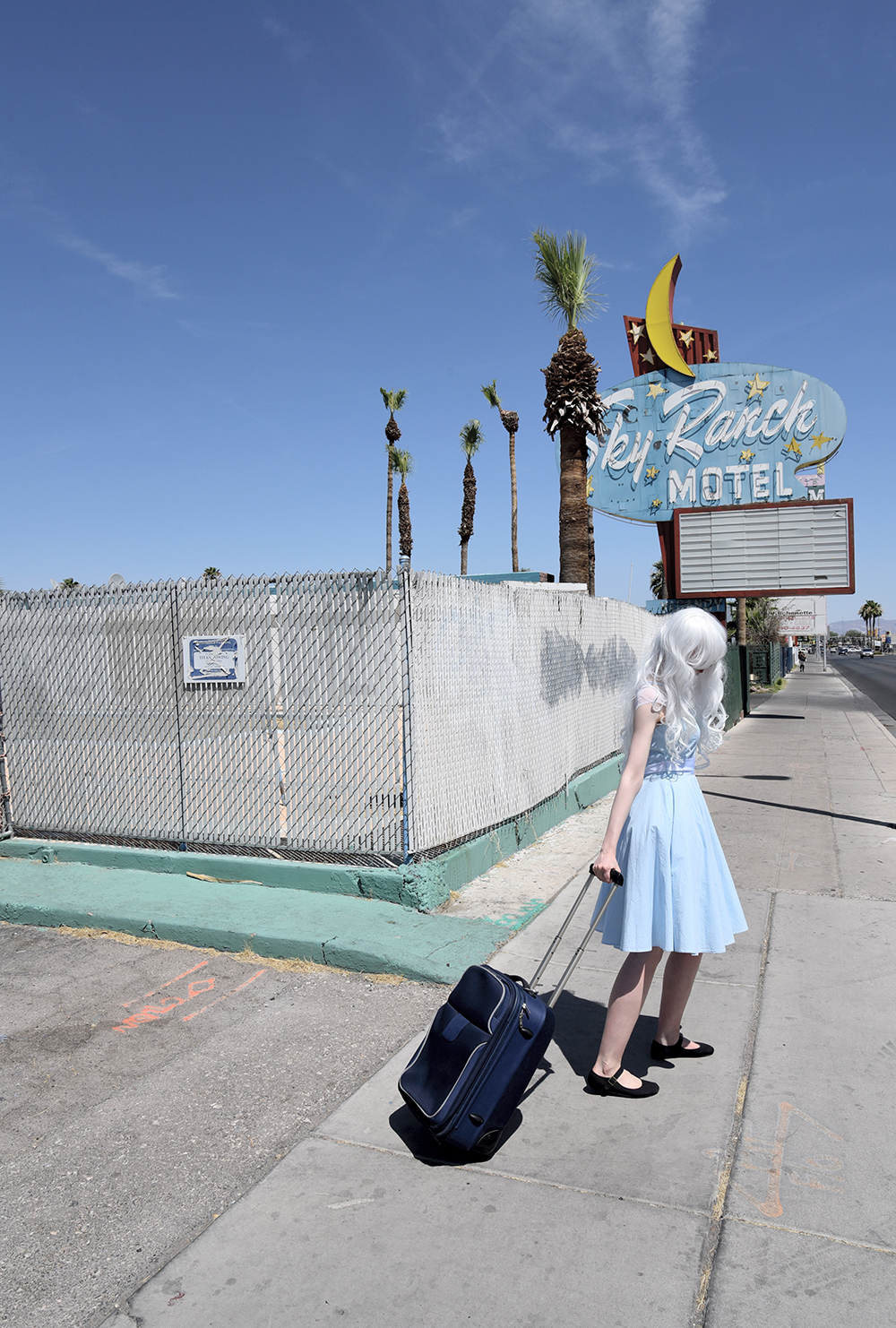 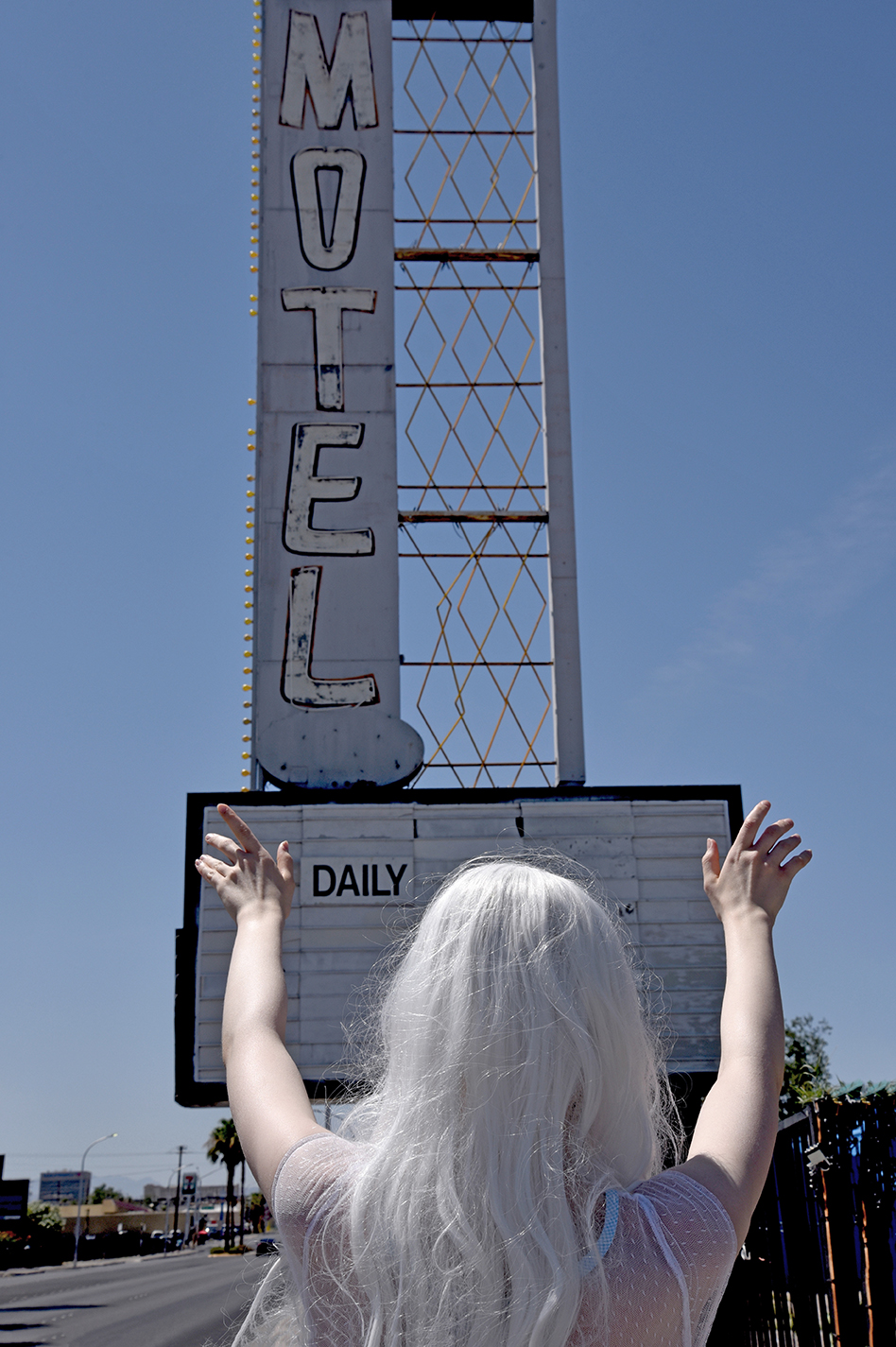 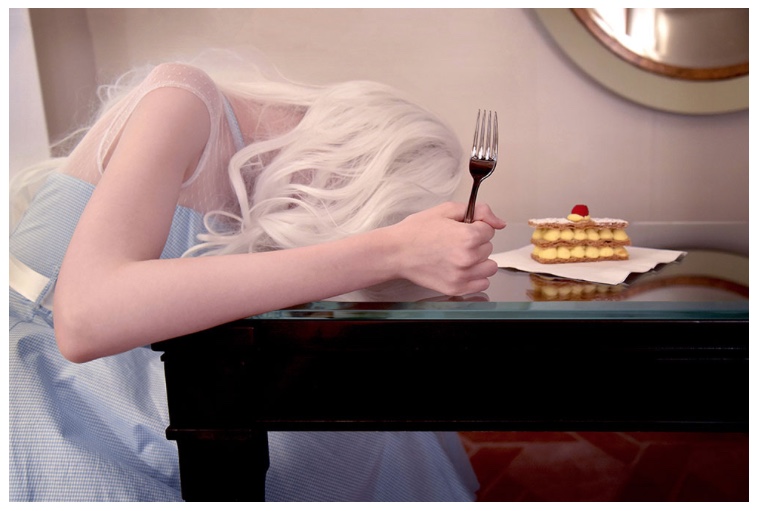 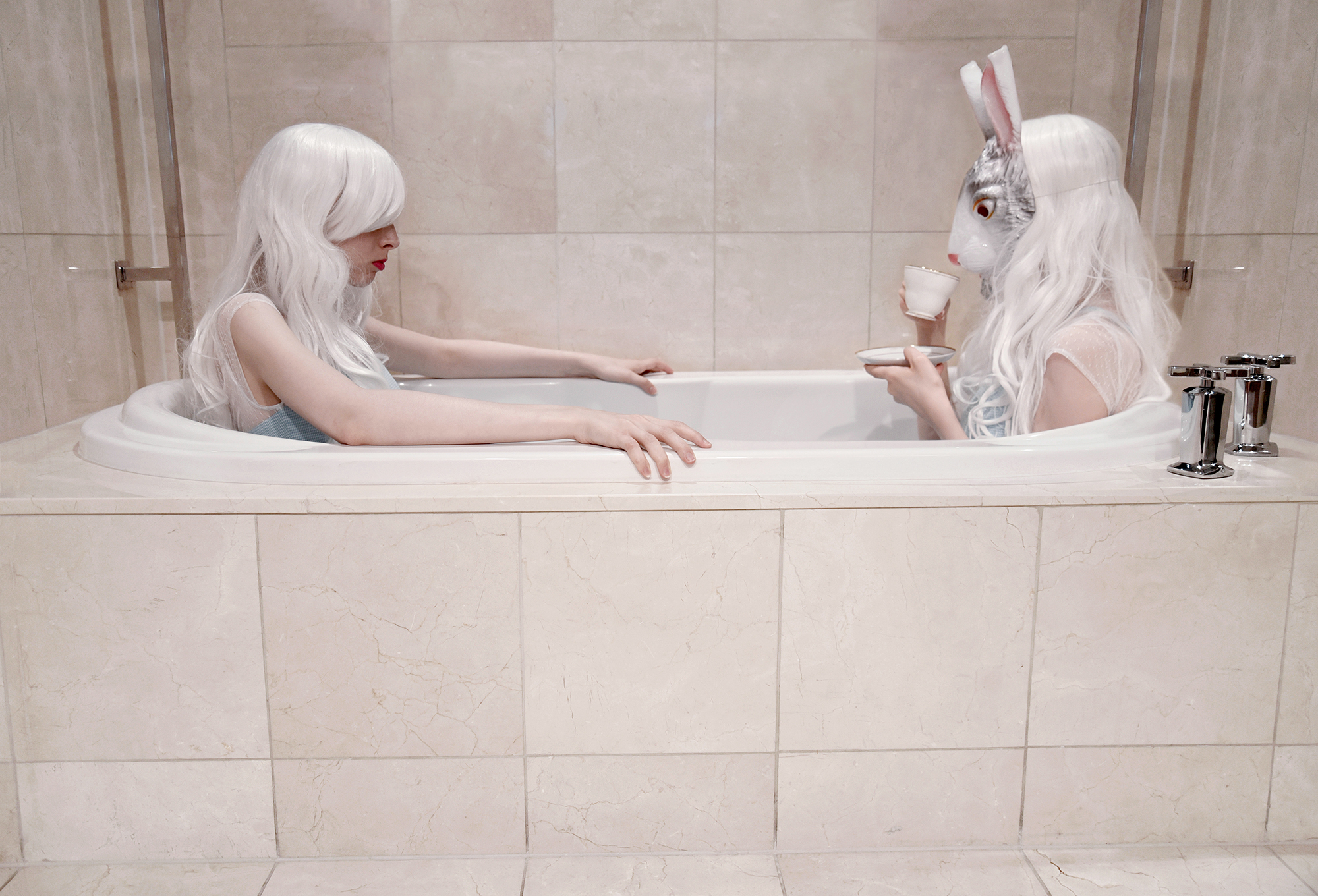 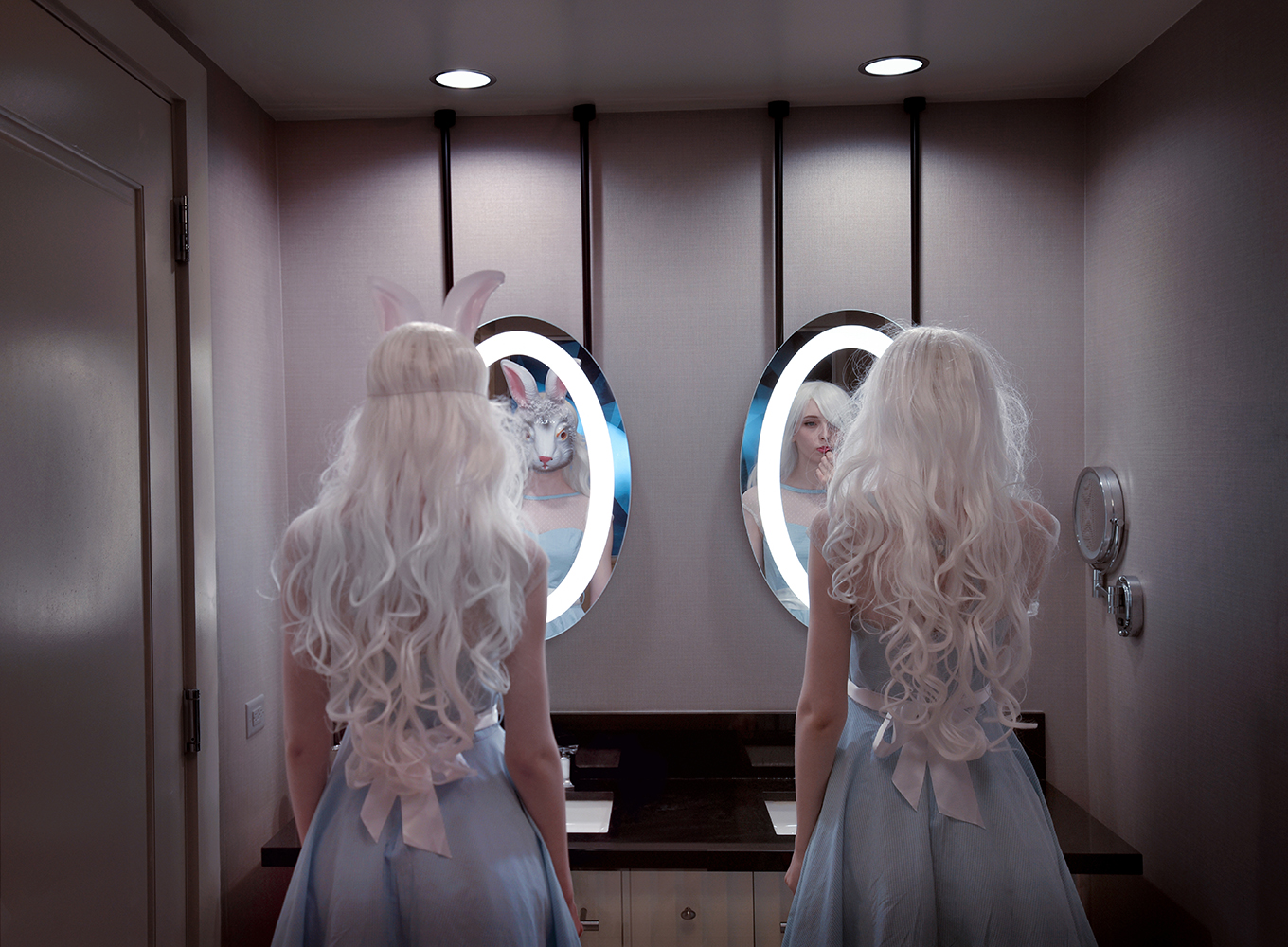 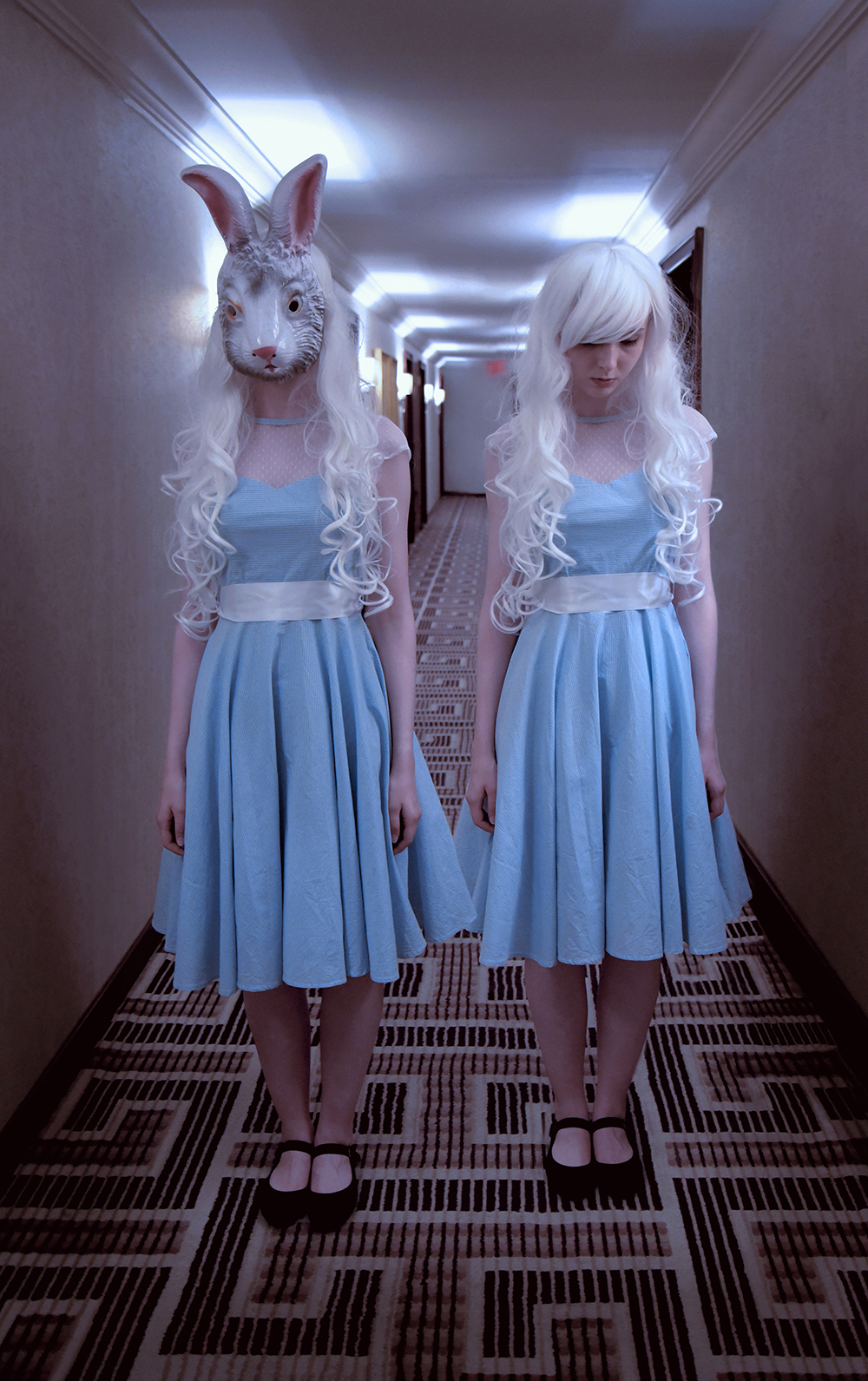 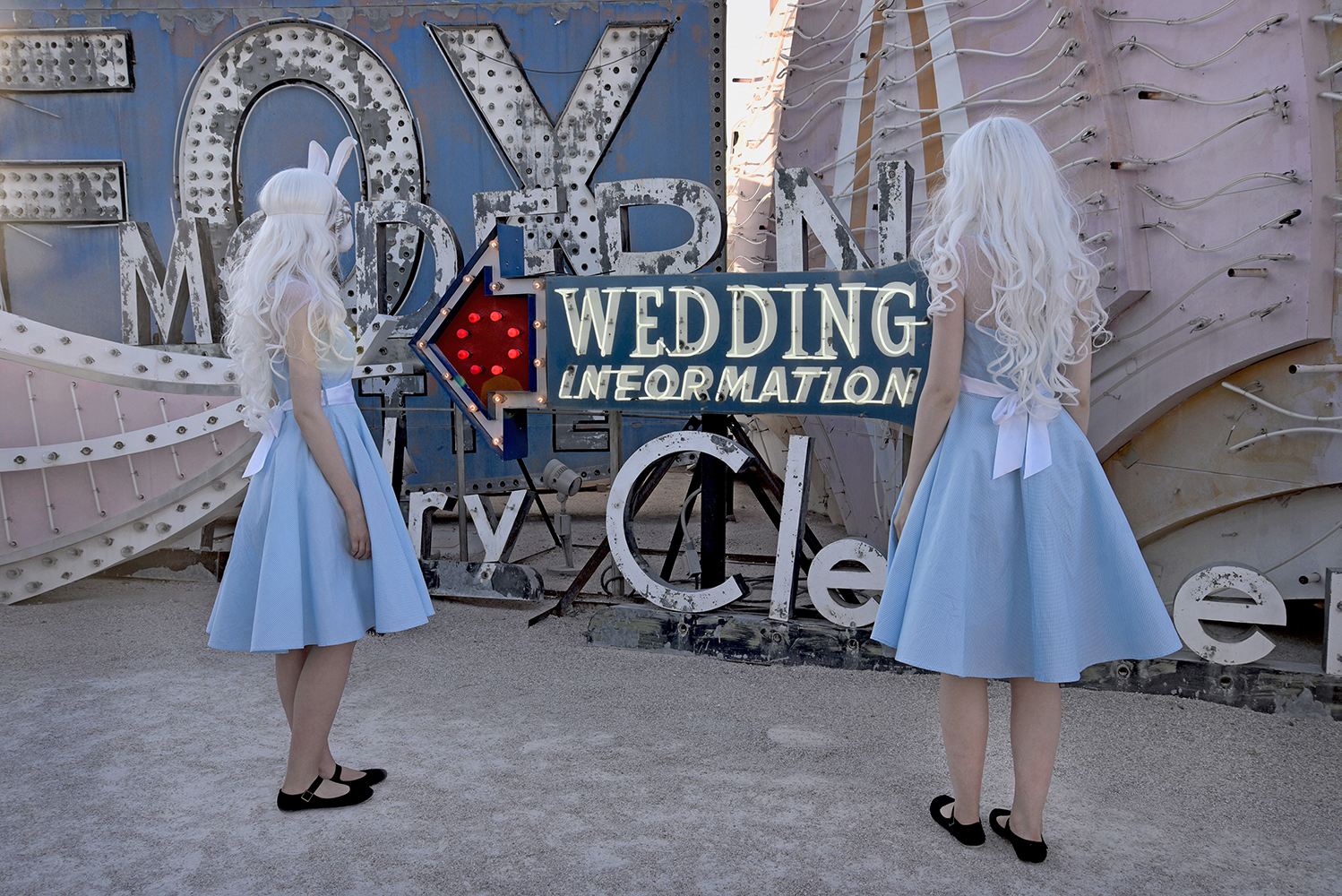 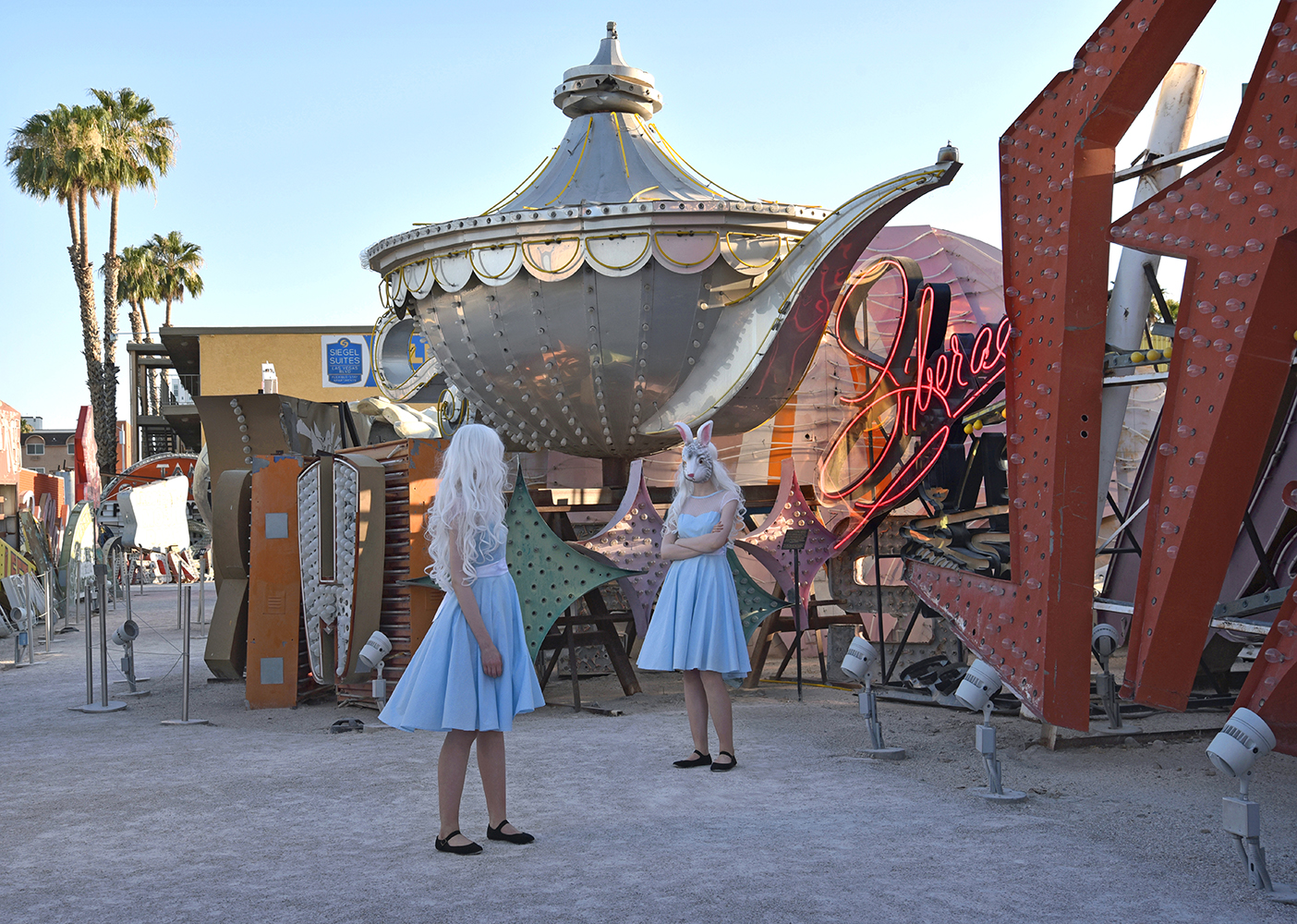 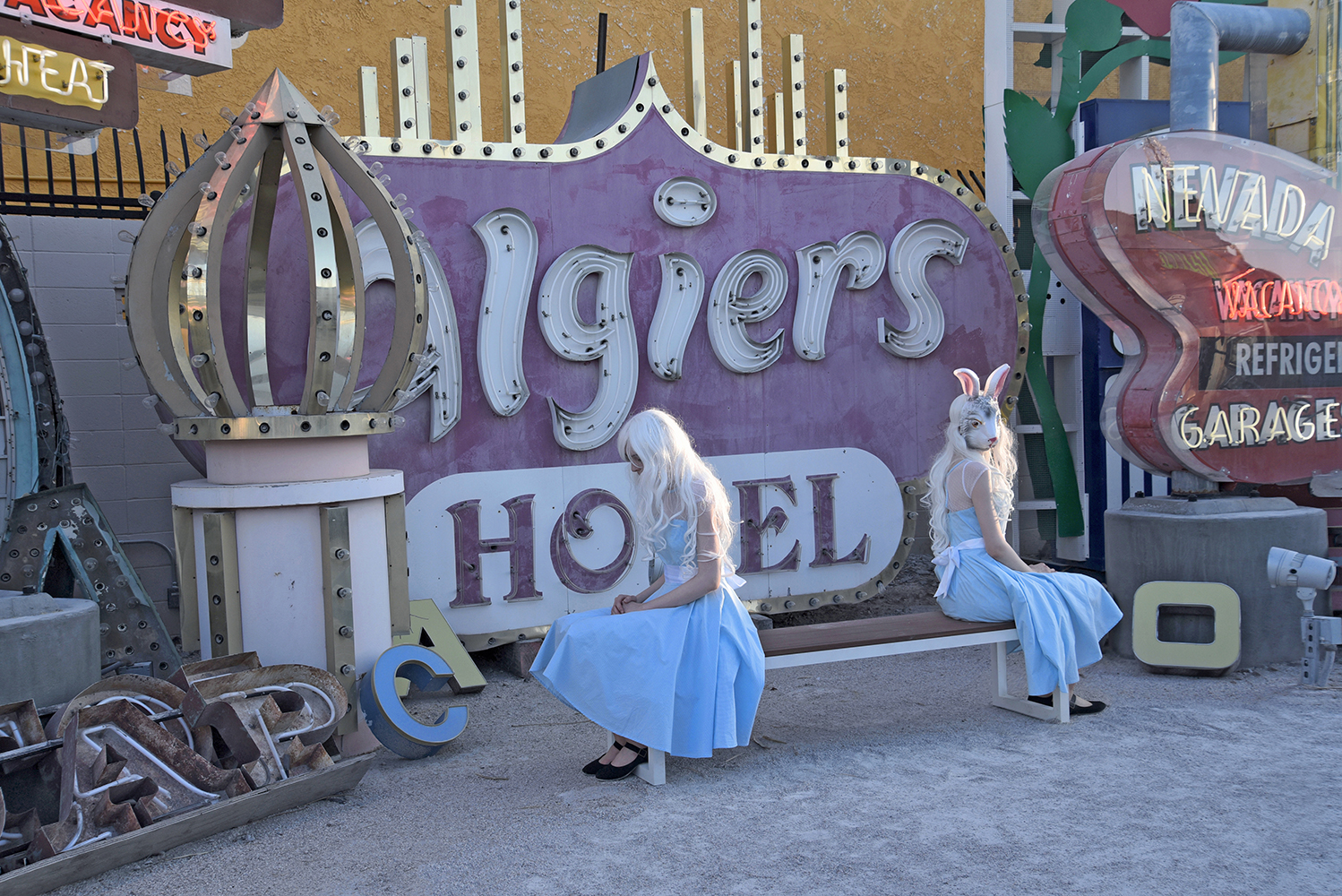 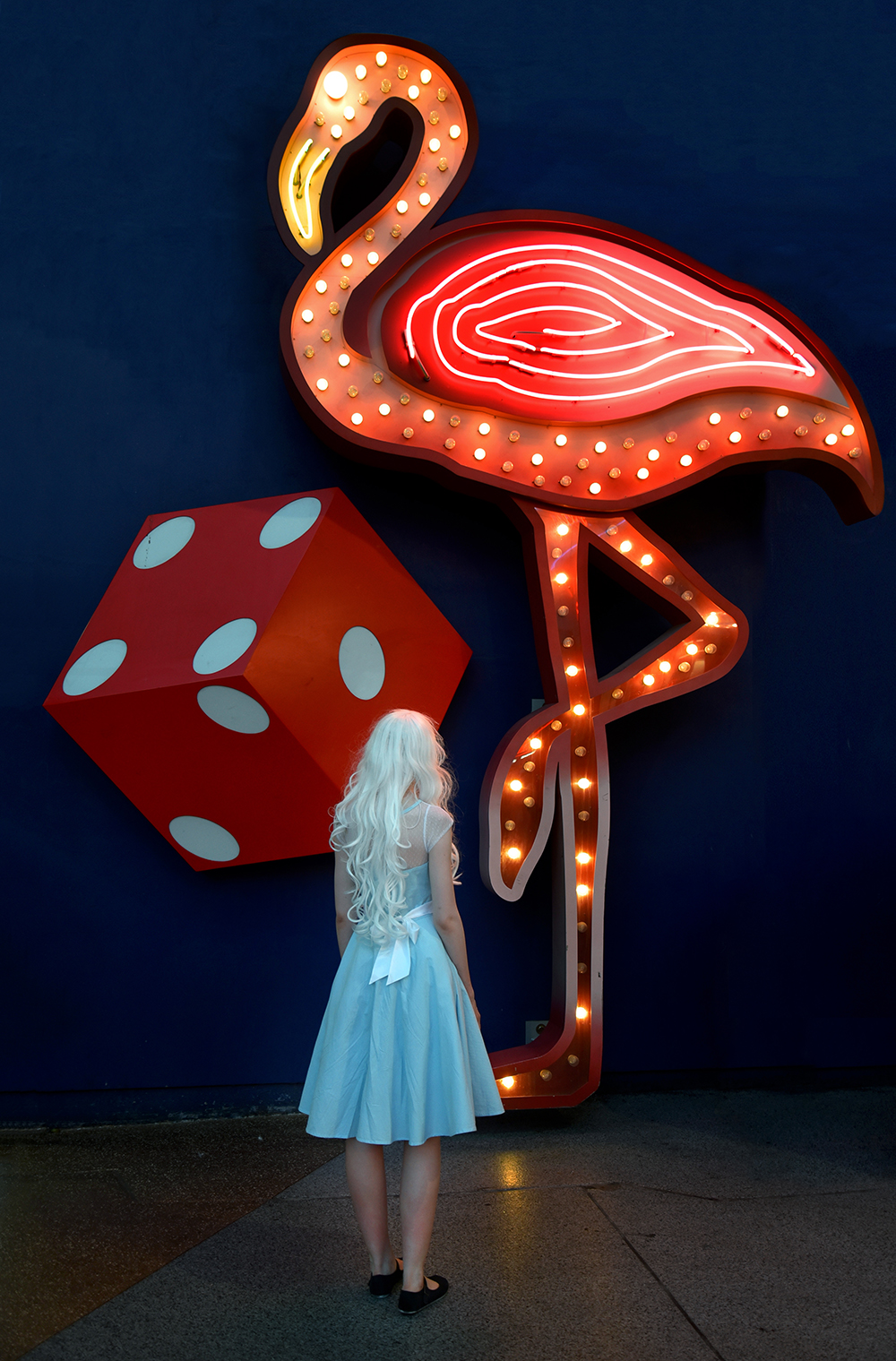 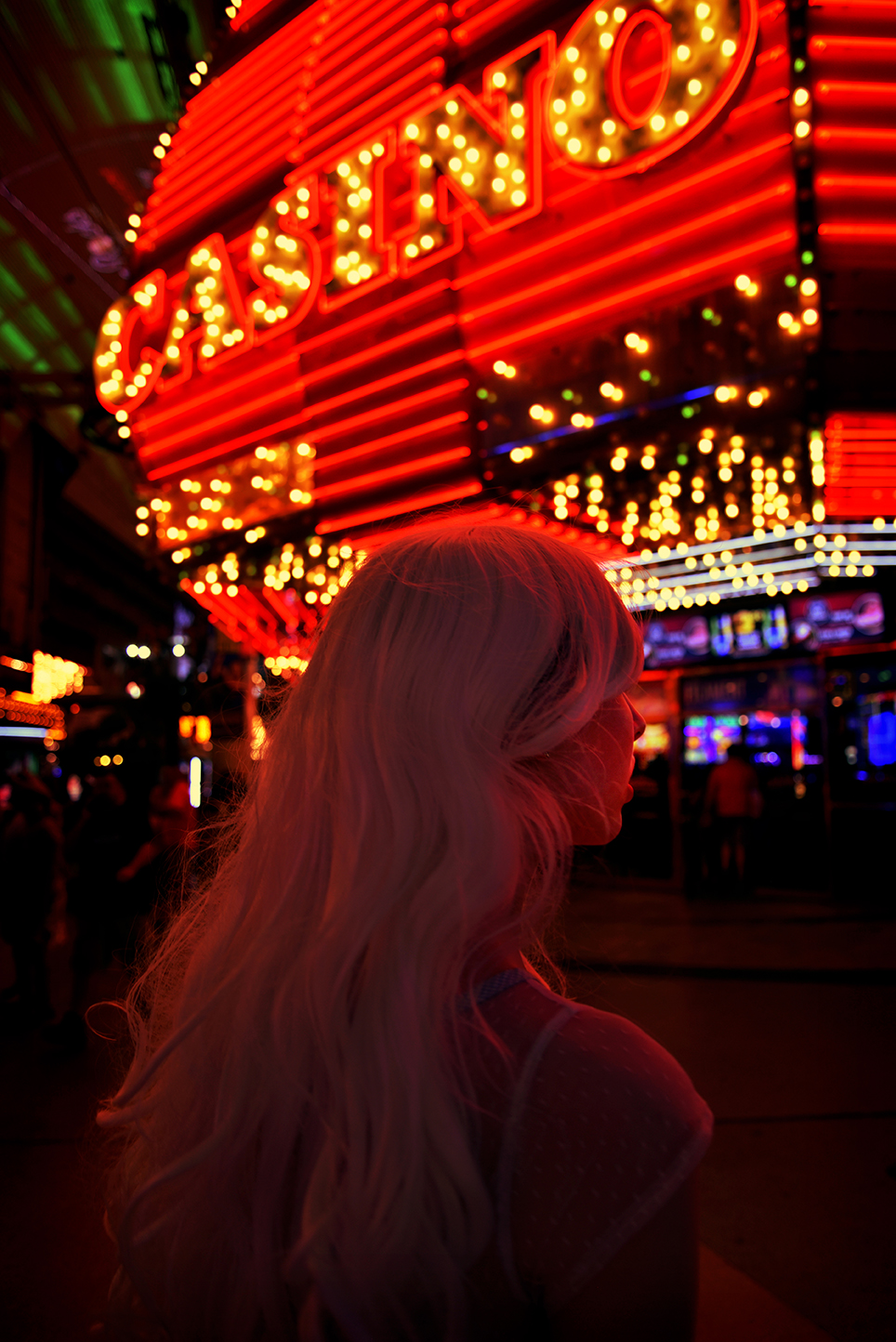 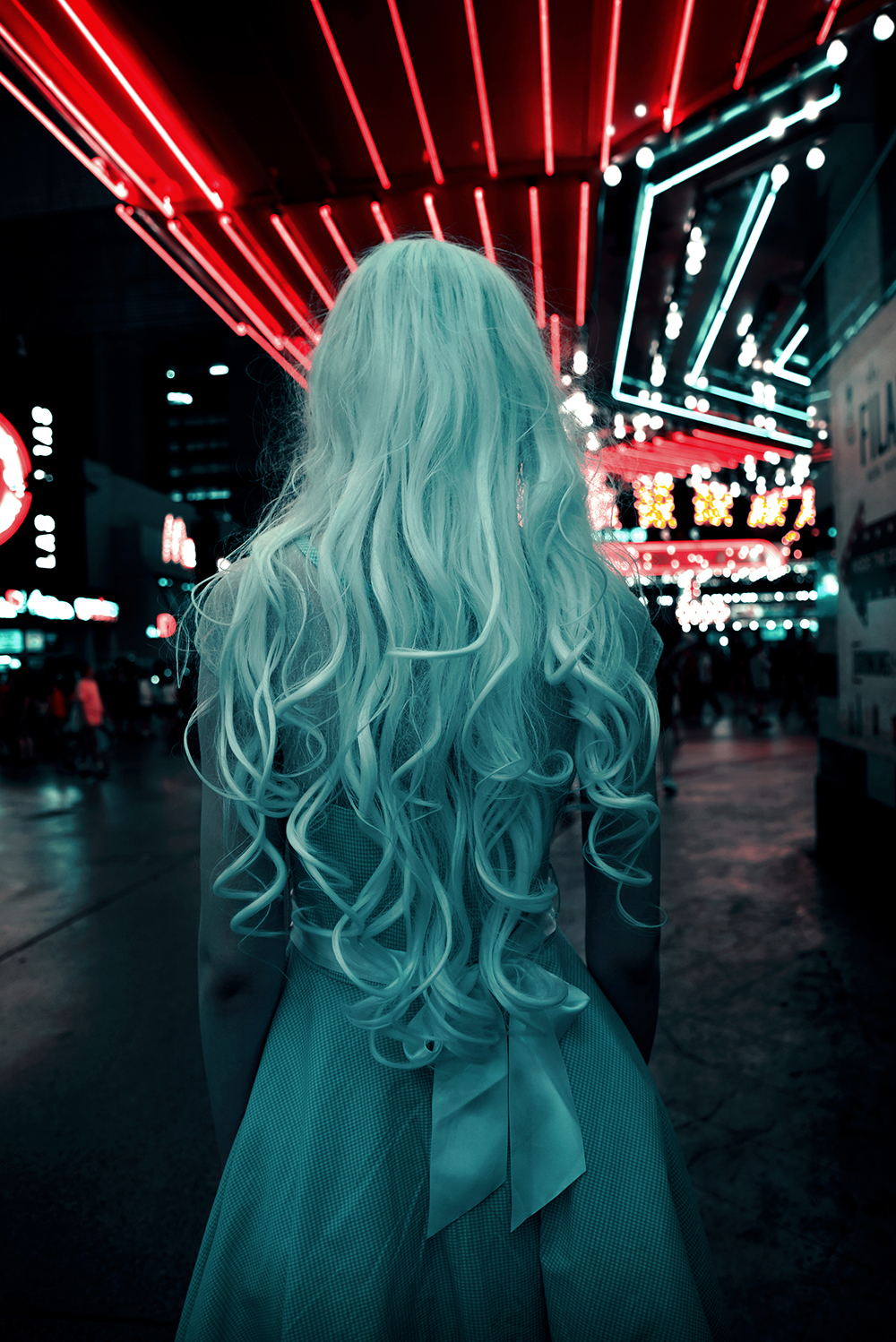 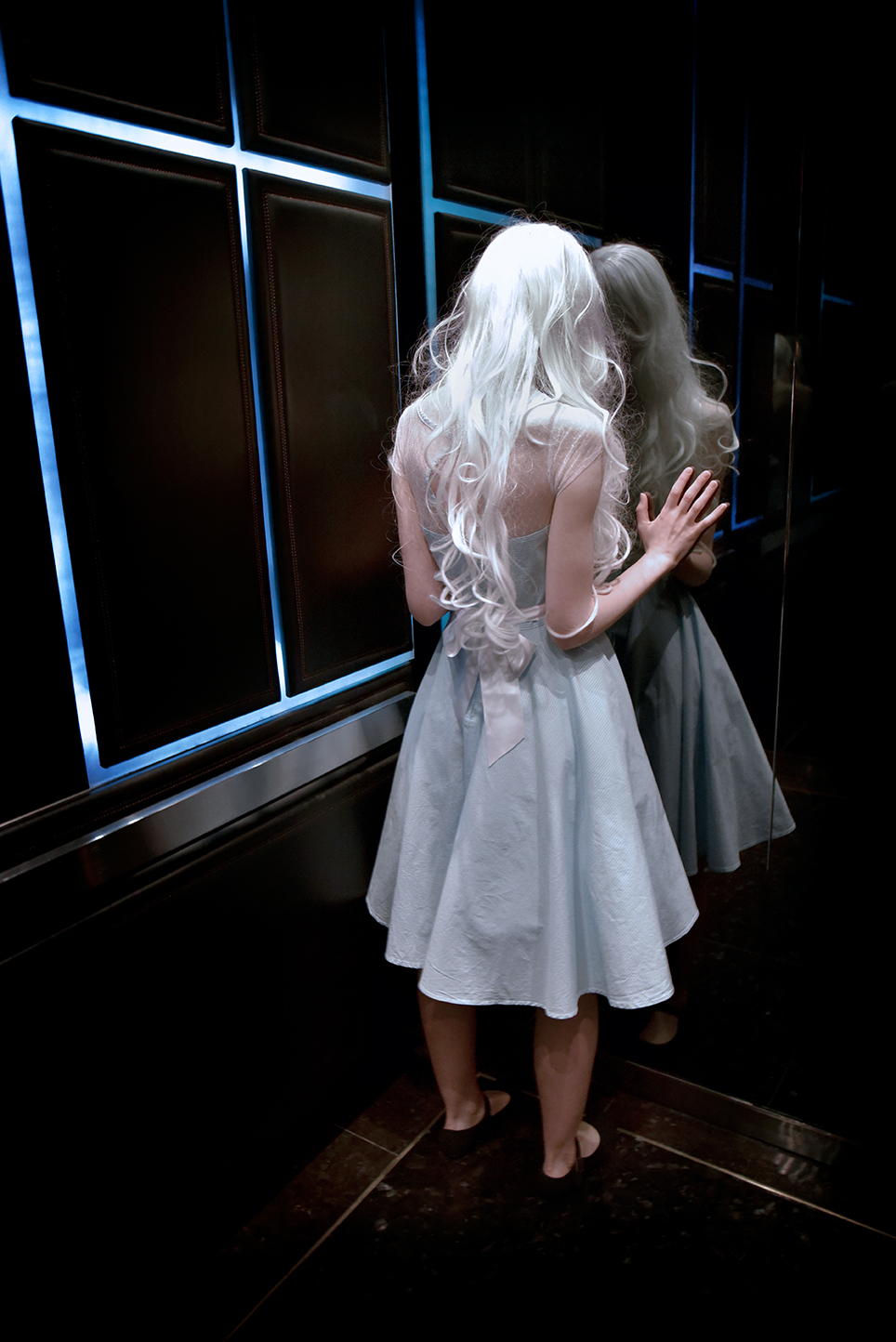 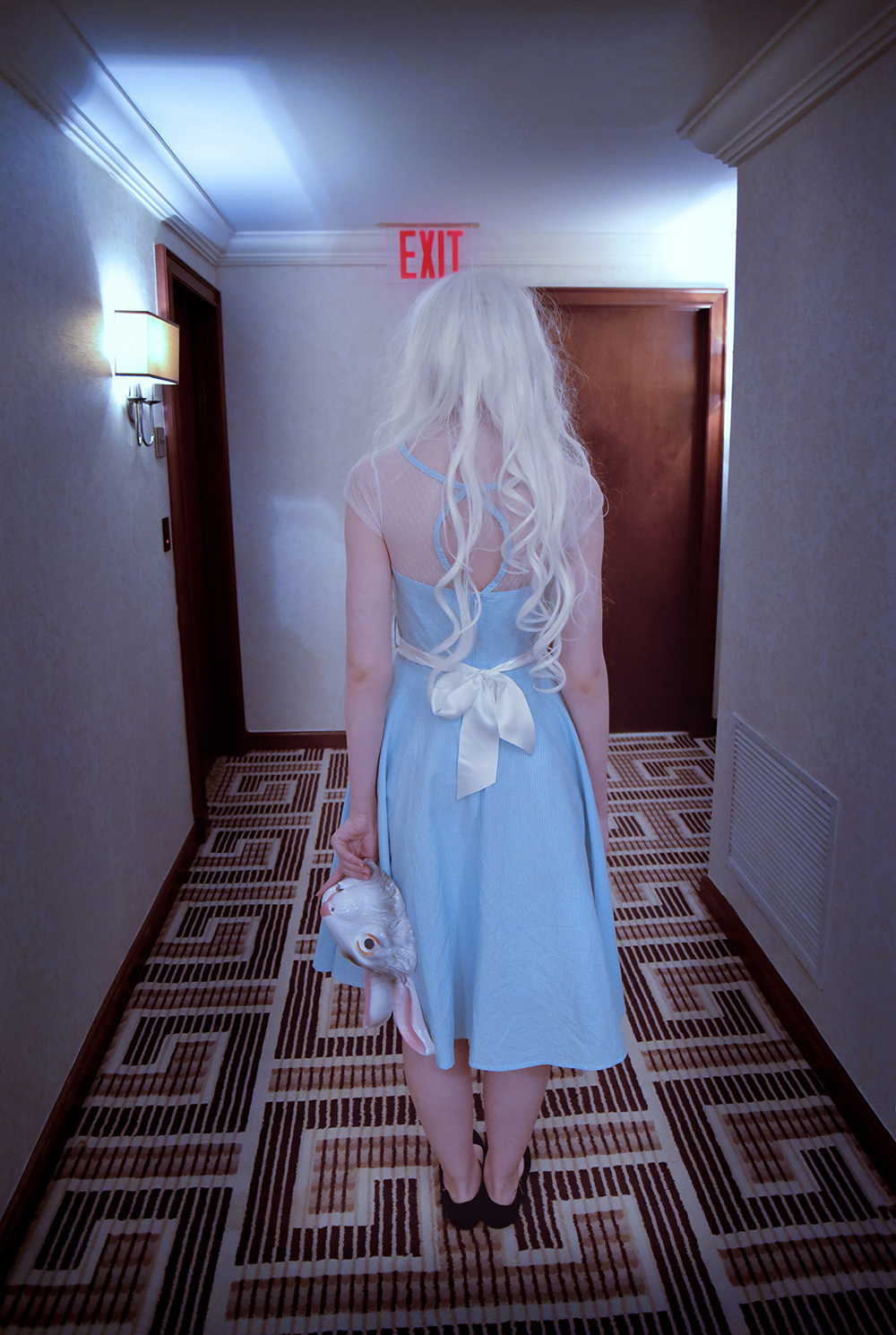 Curiouser and Curiouser is a conceptual series of photographs influenced by the story Alice’s Adventures in Wonderland. I was inspired to create this series from personally identifying with the theme of not belonging that features prominently in Alice’s narrative.

Immersed in a world of make-believe, Alice shows her courage and strength by being able to successfully navigate through a fantasy land, appearing more at home in this wonderland than that of Victorian society. In my series, the modern-day Wonderland of Las Vegas provides the backdrop for the protagonist to discover, struggle with, and eventually come to terms with her own feelings of not fitting in.

Within the series, the protagonist, Alice, is accompanied by another figure, the White Rabbit. The character of the White Rabbit in my series is inspired by the following passage from Lewis Carroll’s Alice’s Adventures in Wonderland, where Alice has just fallen down the rabbit hole and is contemplating how to cope with the frightening, bewildering situation she finds herself in: the narrator describes how ‘this curious child was very fond of pretending to be two people. “But it’s no use now,” thought poor Alice, “to pretend to be two people! Why, there’s hardly enough of me left to make one respectable person!” (Carroll, 1865). The idea here of Alice projecting some of her own thoughts and feelings into another person was the inspiration for the relationship I created between my own Alice and White Rabbit. The figure of the White Rabbit is a manifestation of the grown-up thoughts and attitude that my protagonist is struggling to adopt and claim as her own. The White Rabbit encourages Alice to accept herself for who she is and to adapt to the daunting transition from child to adult: the calming influence to Alice’s angst and anxiety, the friend who dissipates her sense of loneliness and, the ‘one respectable person’ that Alice finds the courage to become at the end of the series.

Throughout all of my work I am inspired by strong female characters, and Alice is no exception. However, behind her strength there lies doubts and insecurities about who she is and who other people think she is, which is what I sought to convey in this series. The childhood character placed into an adult world depicts the tension I wanted to create around the idea of growing-up and becoming an adult: the push-pull relationship symbolised by Alice and the White Rabbit mirrors the conflict an individual feels when leaving behind the safety and comfort of childhood for the pressure and anxiety of being an adult.