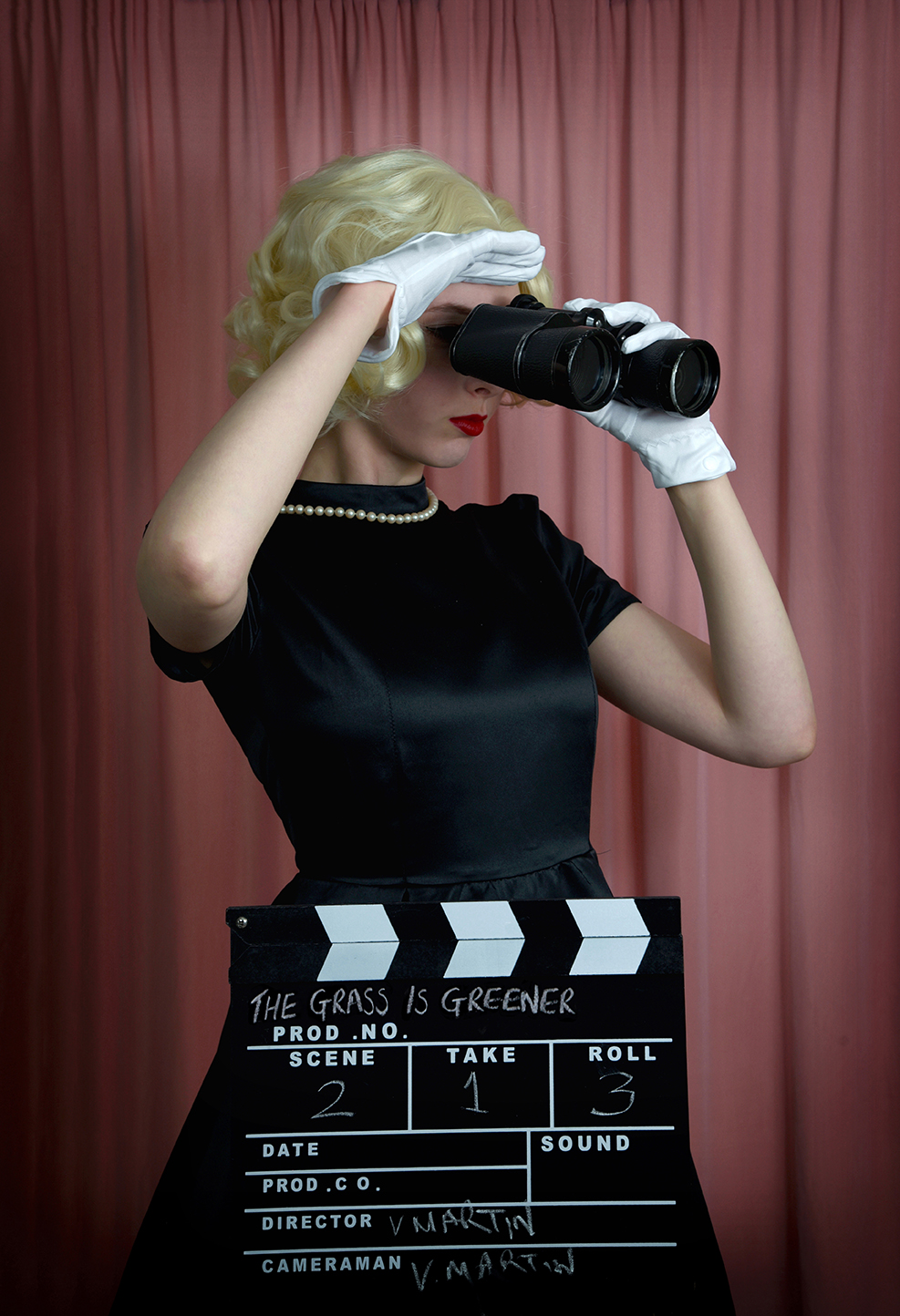 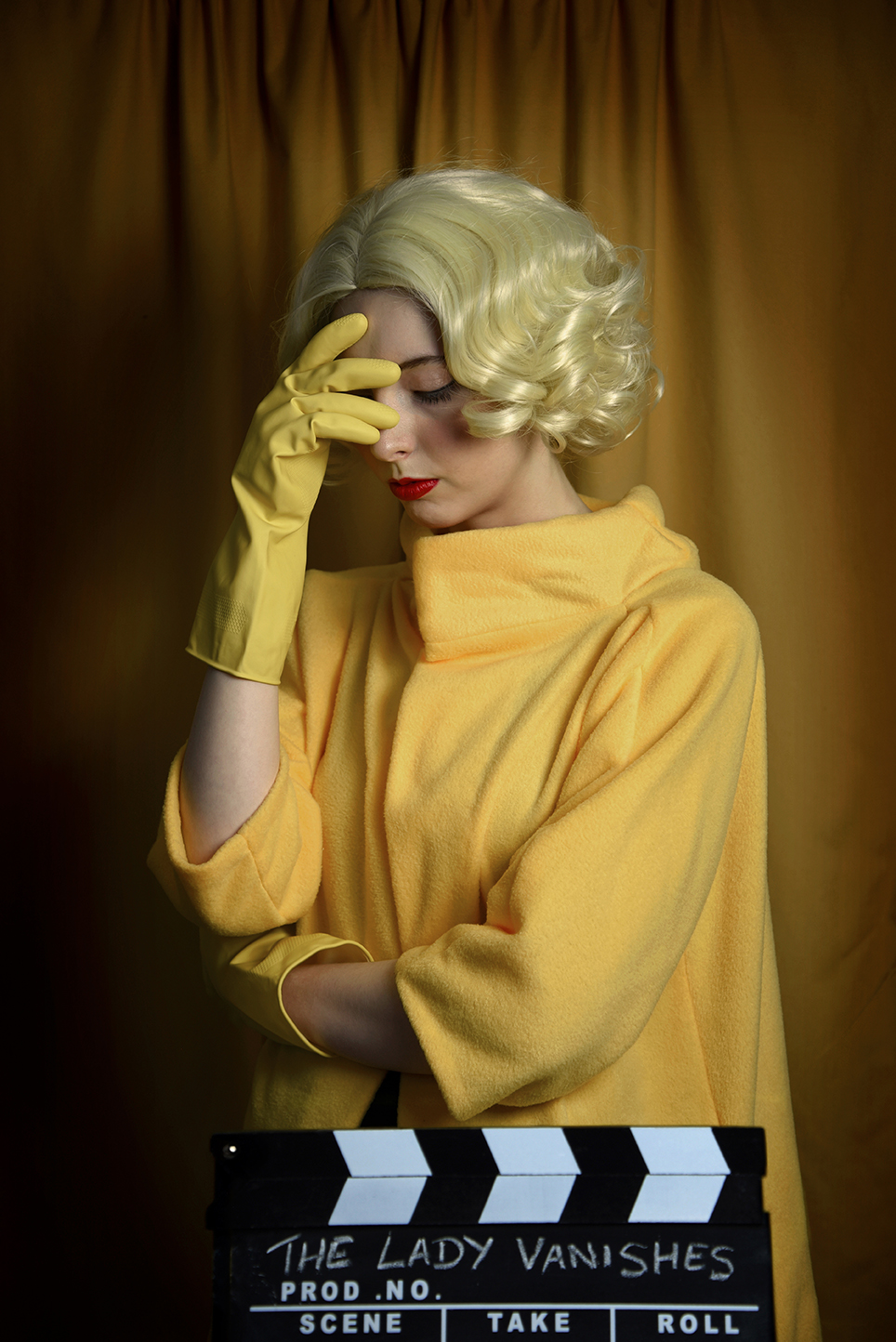 My endless fascination with classical Hollywood cinema, and the role of women within society that is propagated through the silver screen, has inspired this series. Hollywoodland is a series of portrait photographs that convey both the aesthetics of the era and the deeper issues of gender that began to surface particularly within the 1950s and 1960s.

The protagonist within the series emulates the ideal of the Hollywood blonde, who was made desirable by the likes of Marilyn Monroe, Grace Kelly, and Lana Turner, among others, manipulating her natural image to conform to male perceptions of beauty, as after all “gentlemen prefer blondes”.

Each photograph contains the clapperboard, upon which is written a film title taken from the golden era of cinema, that intends to simultaneously add meaning, and ambiguity, to the emotions conveyed visually by the protagonist, who is acting out roles perceived as necessary to the female, albeit in a glamorous, stylised way informed by the fictional lives of women seen on screen.

During the golden age of Hollywood, women were led to pursue unattainable ideals of beauty, of femininity, and of their domestic role within society, which inevitably led to feelings of confusion, of inferiority (both towards men and in terms of their natural beauty), and of unfulfillment. My intent is to convey the overwhelming social pressure to conform to such ideals, which is glamorised by cinema and thereby internalised by the female.