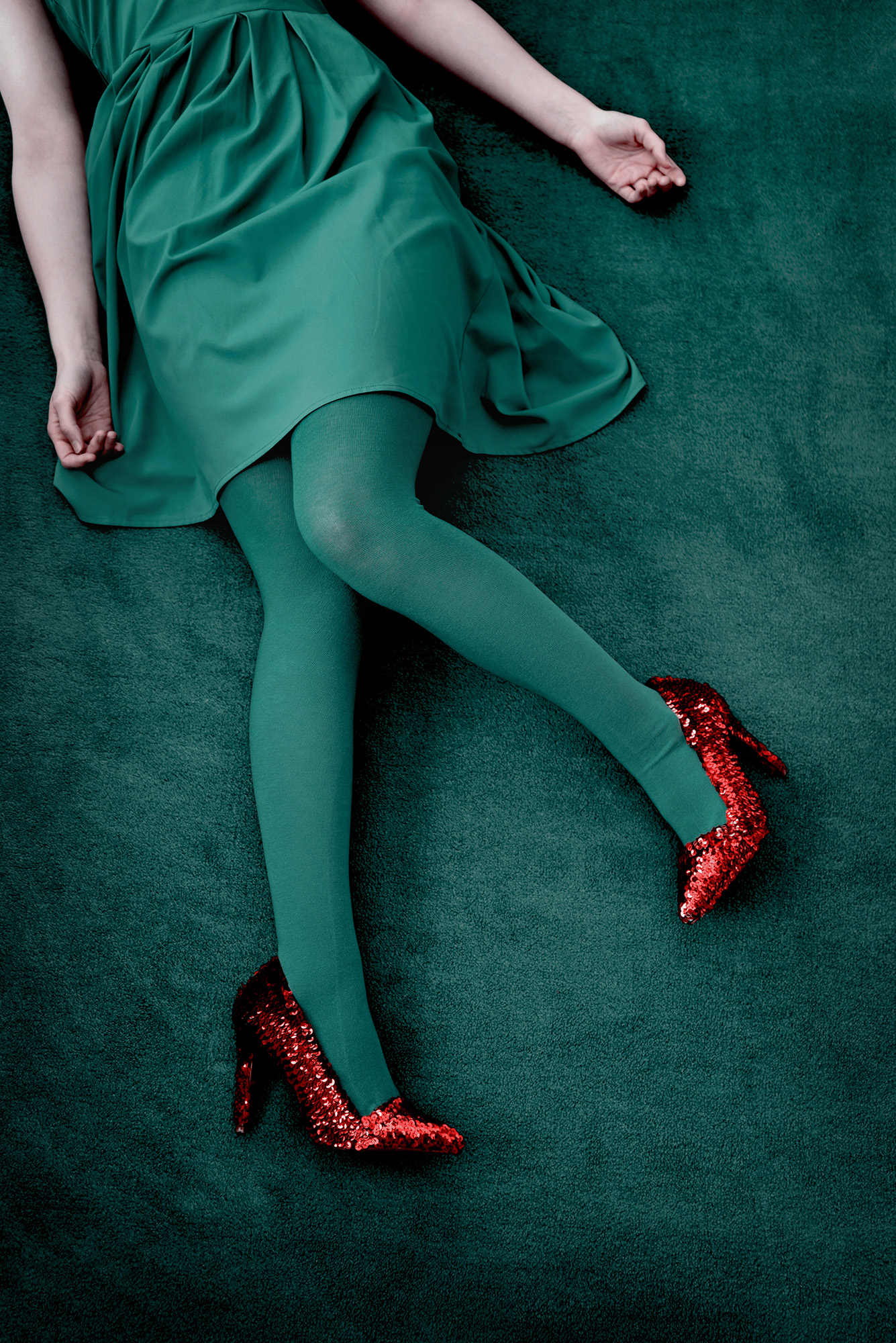 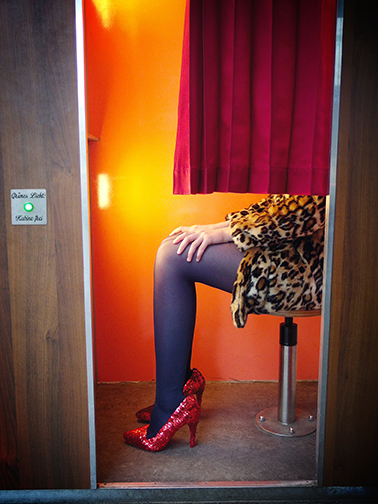 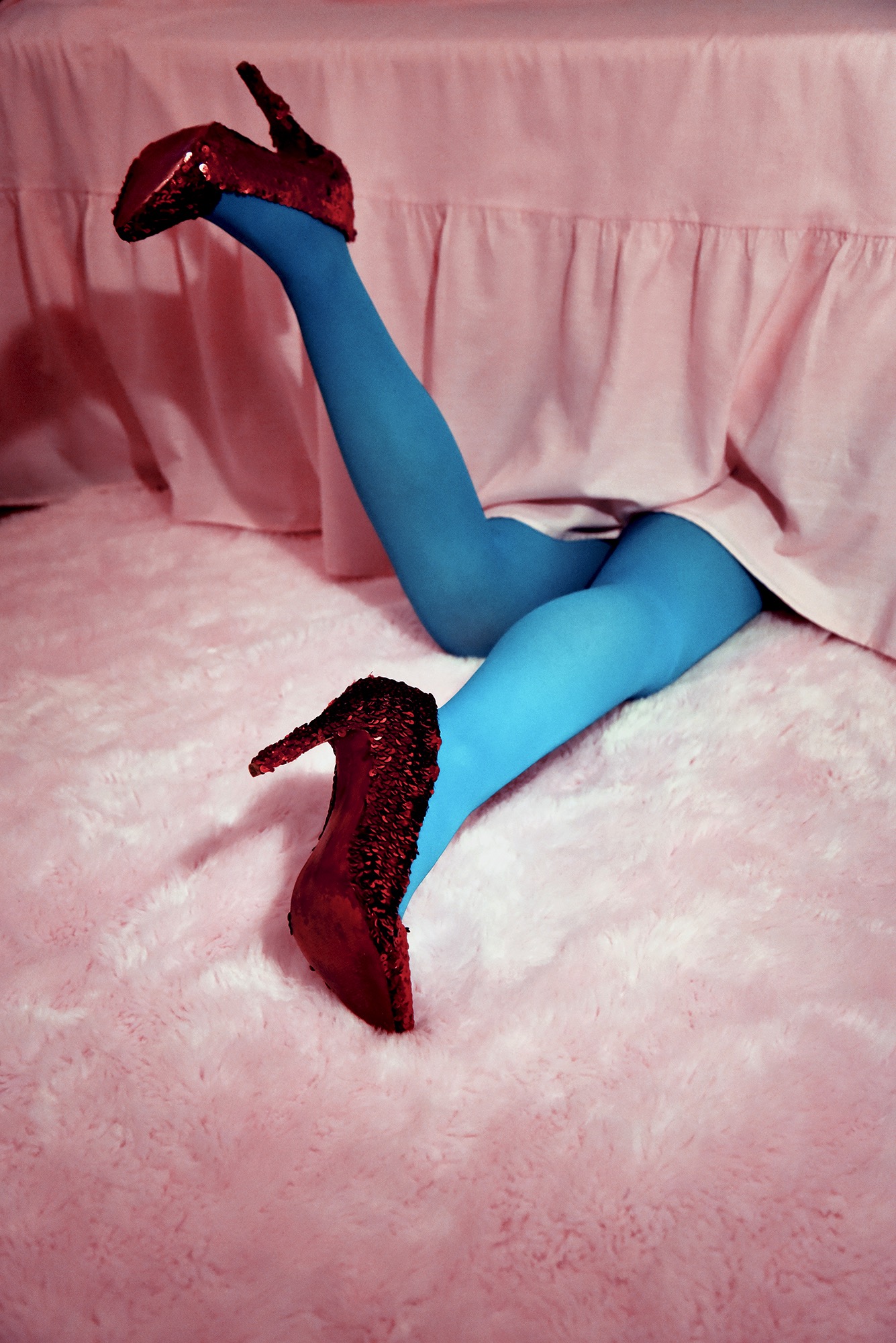 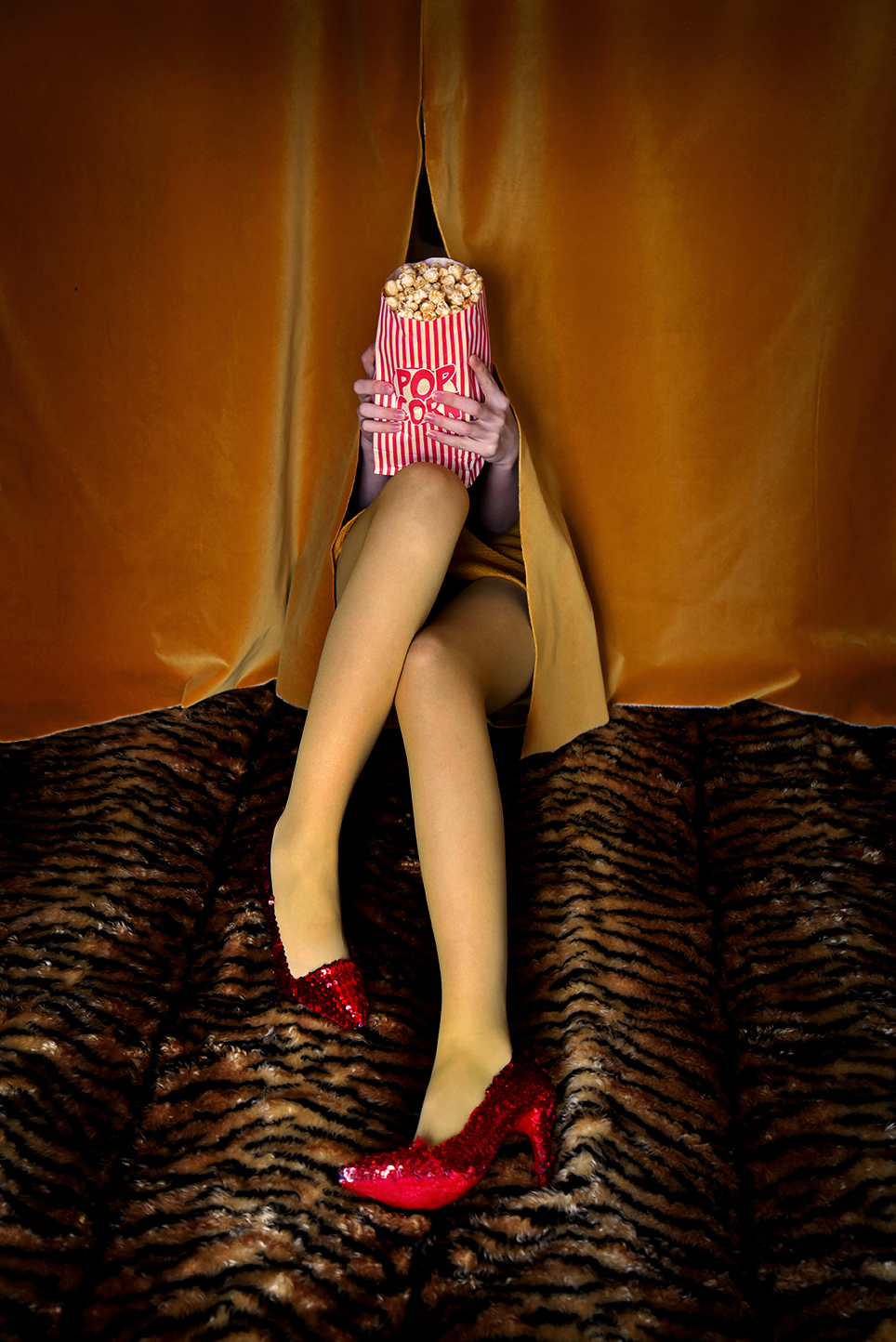 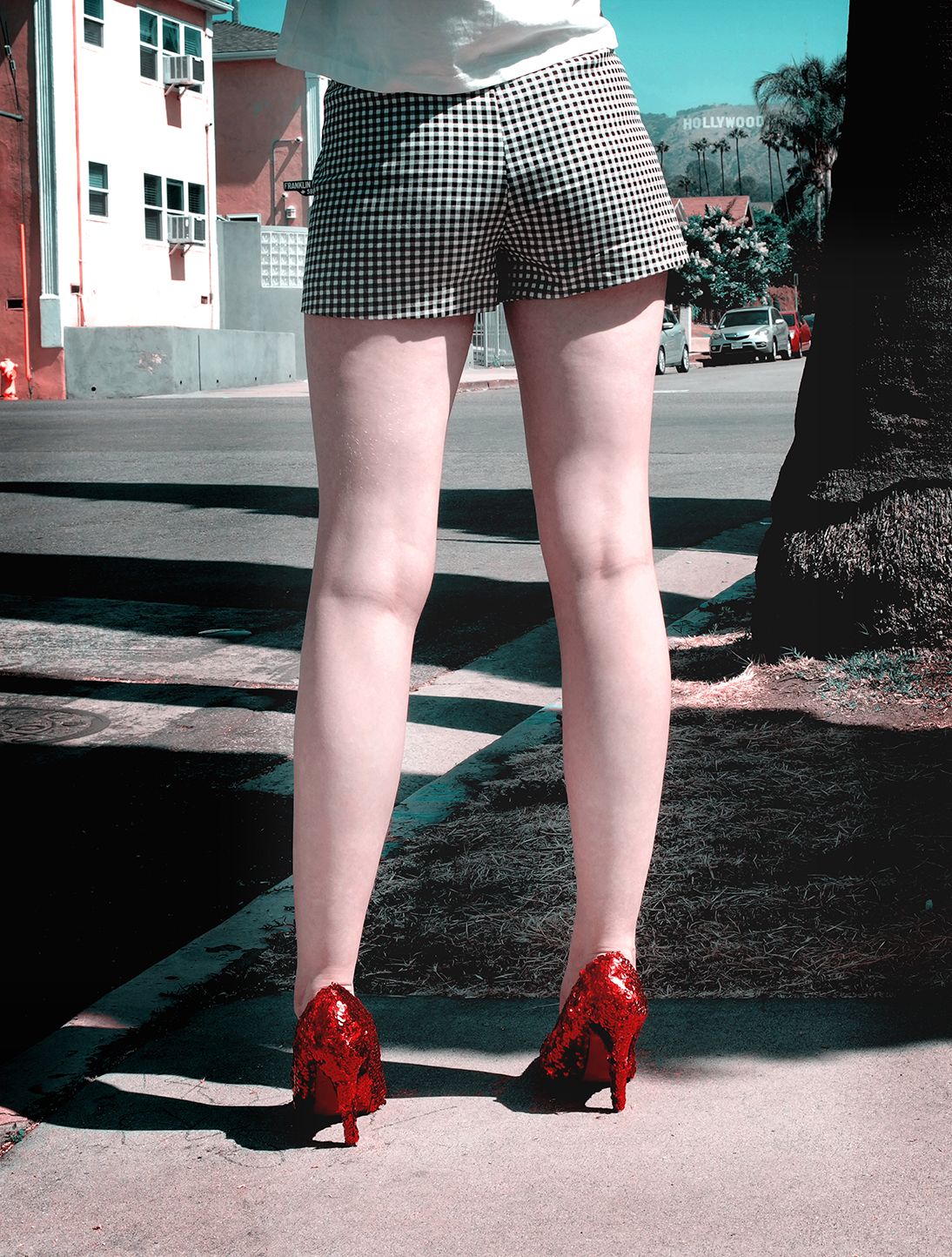 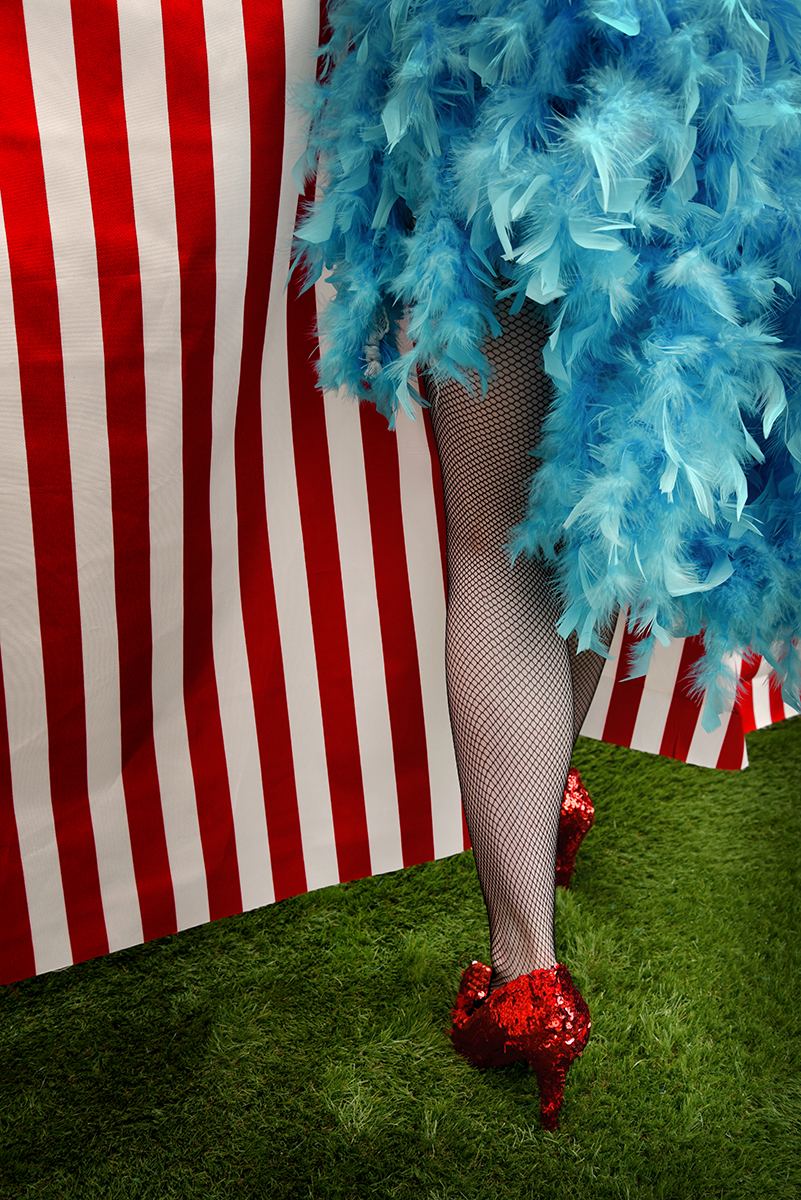 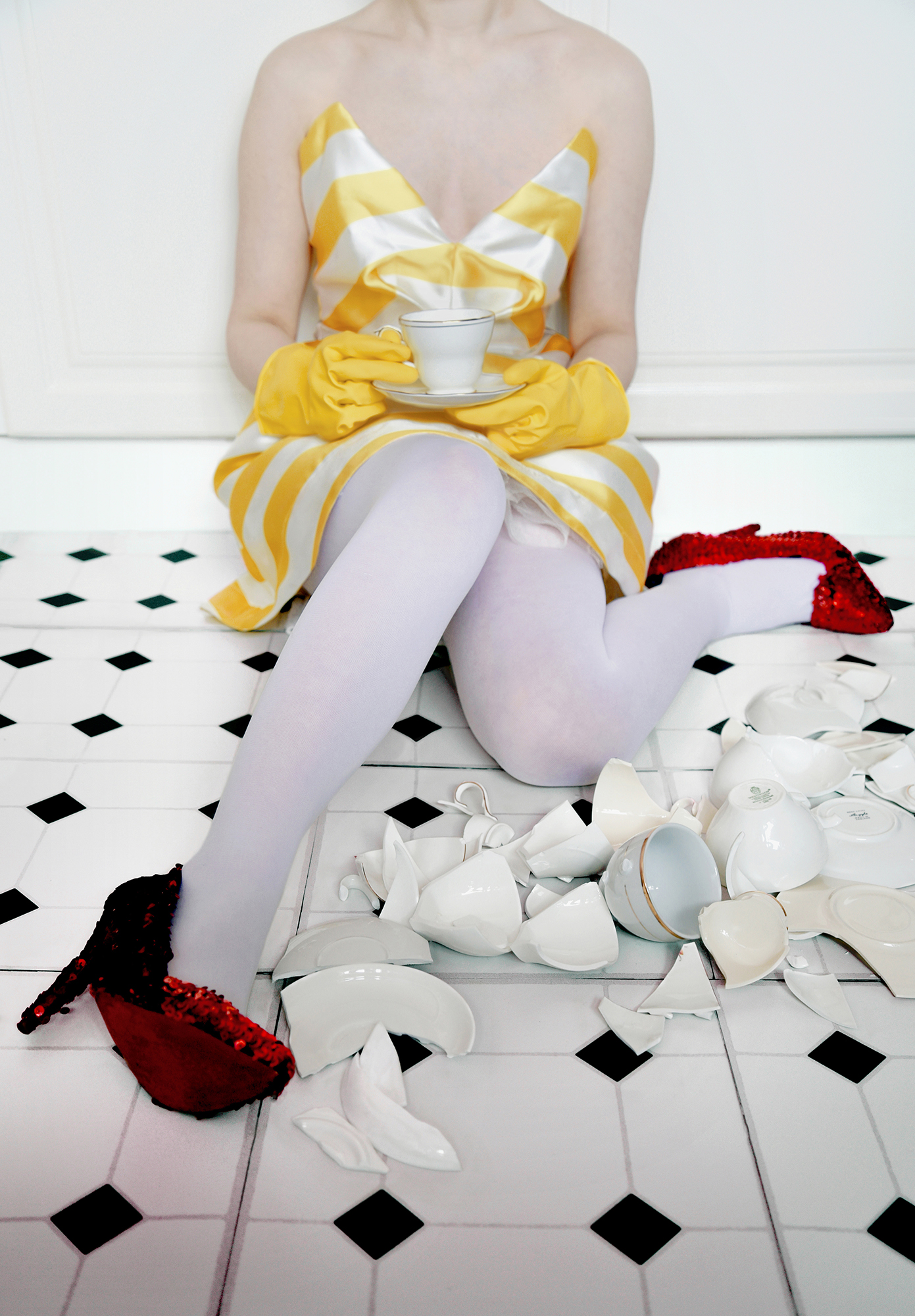 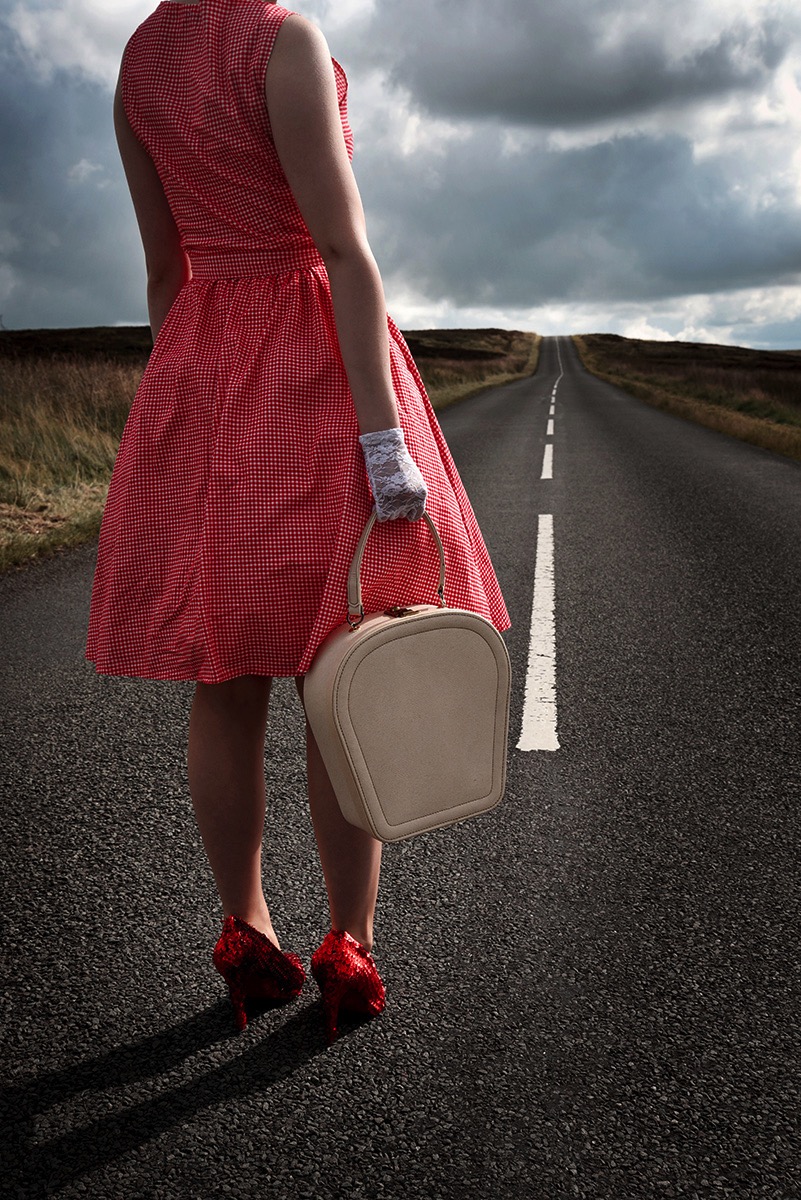 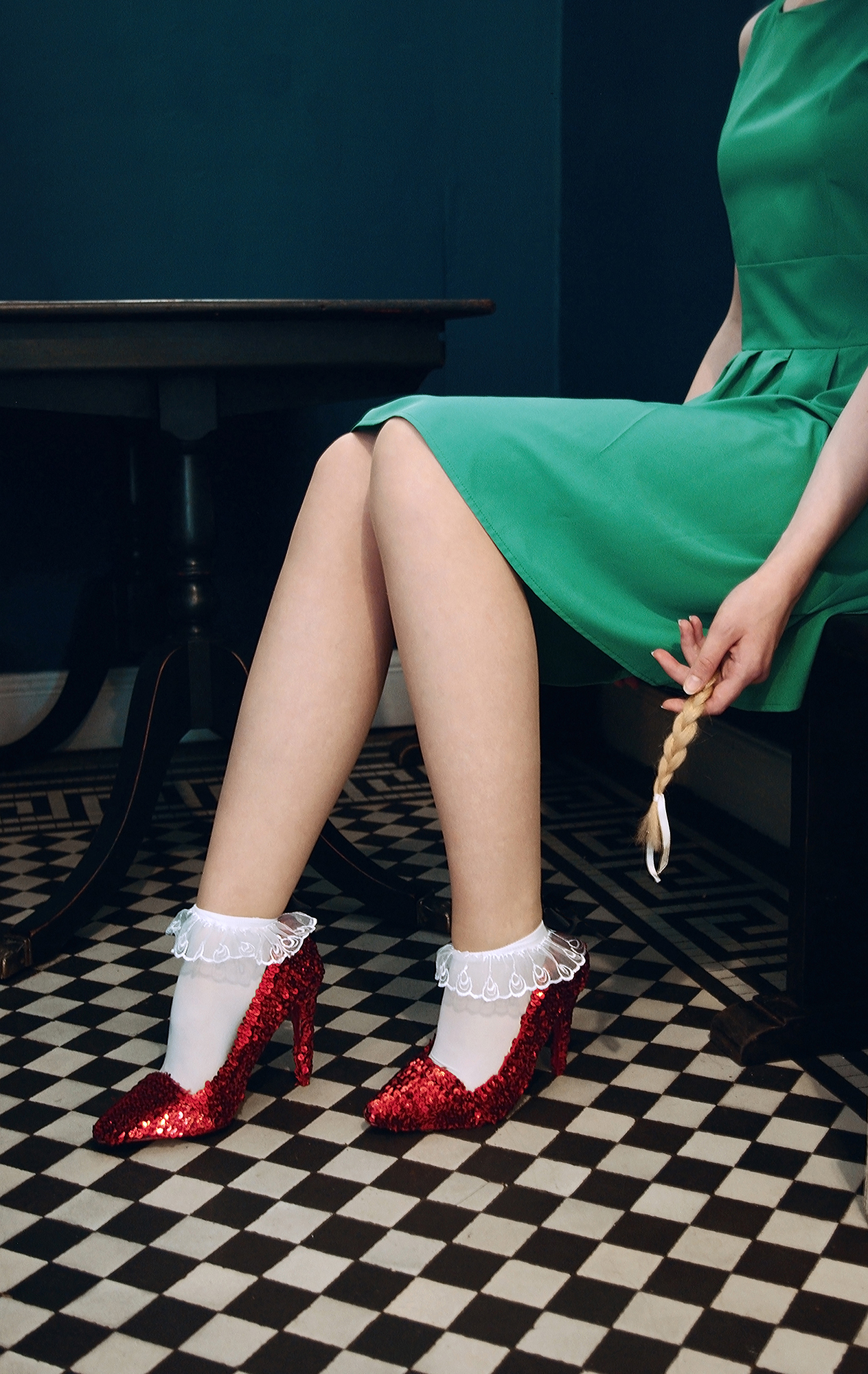 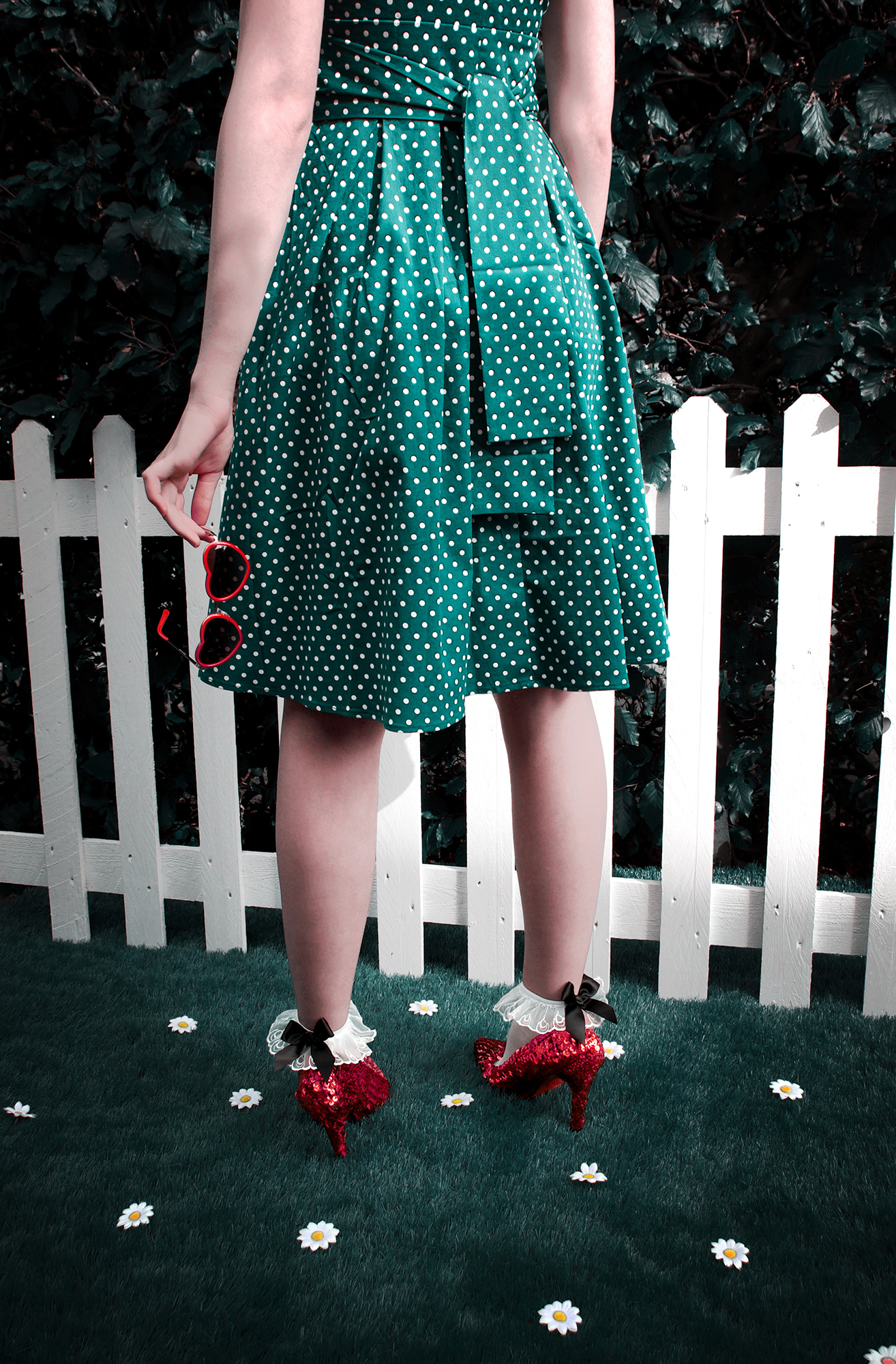 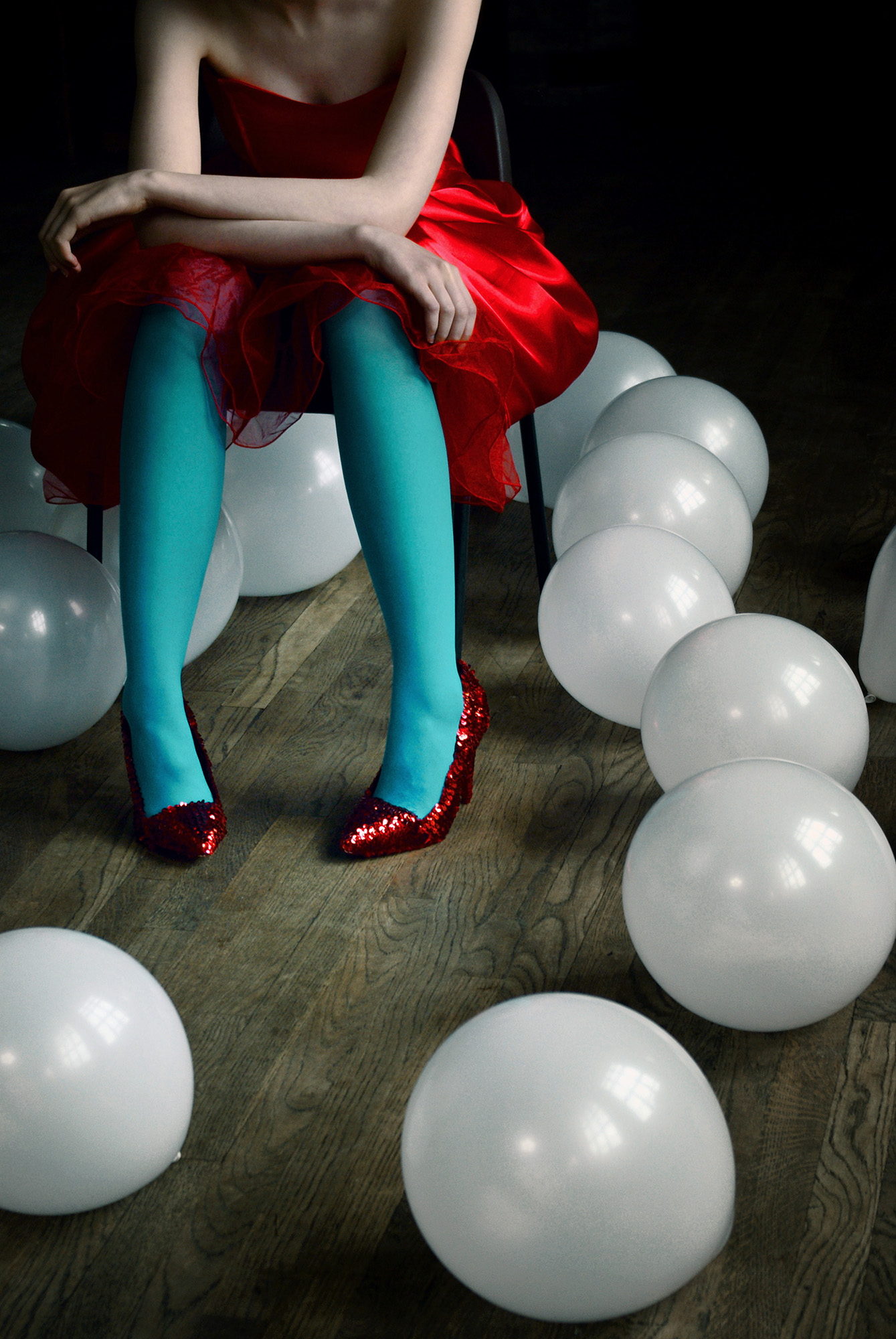 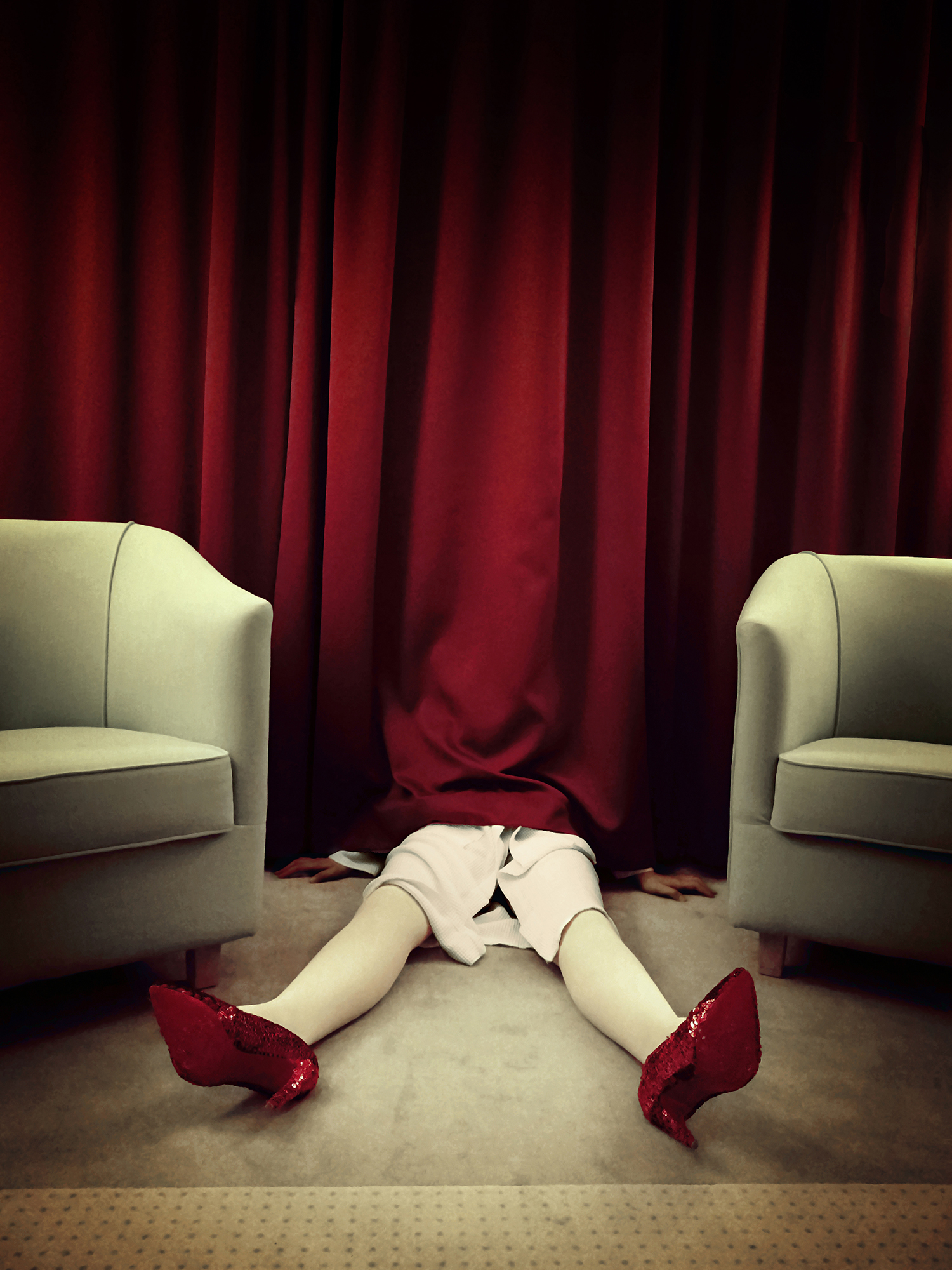 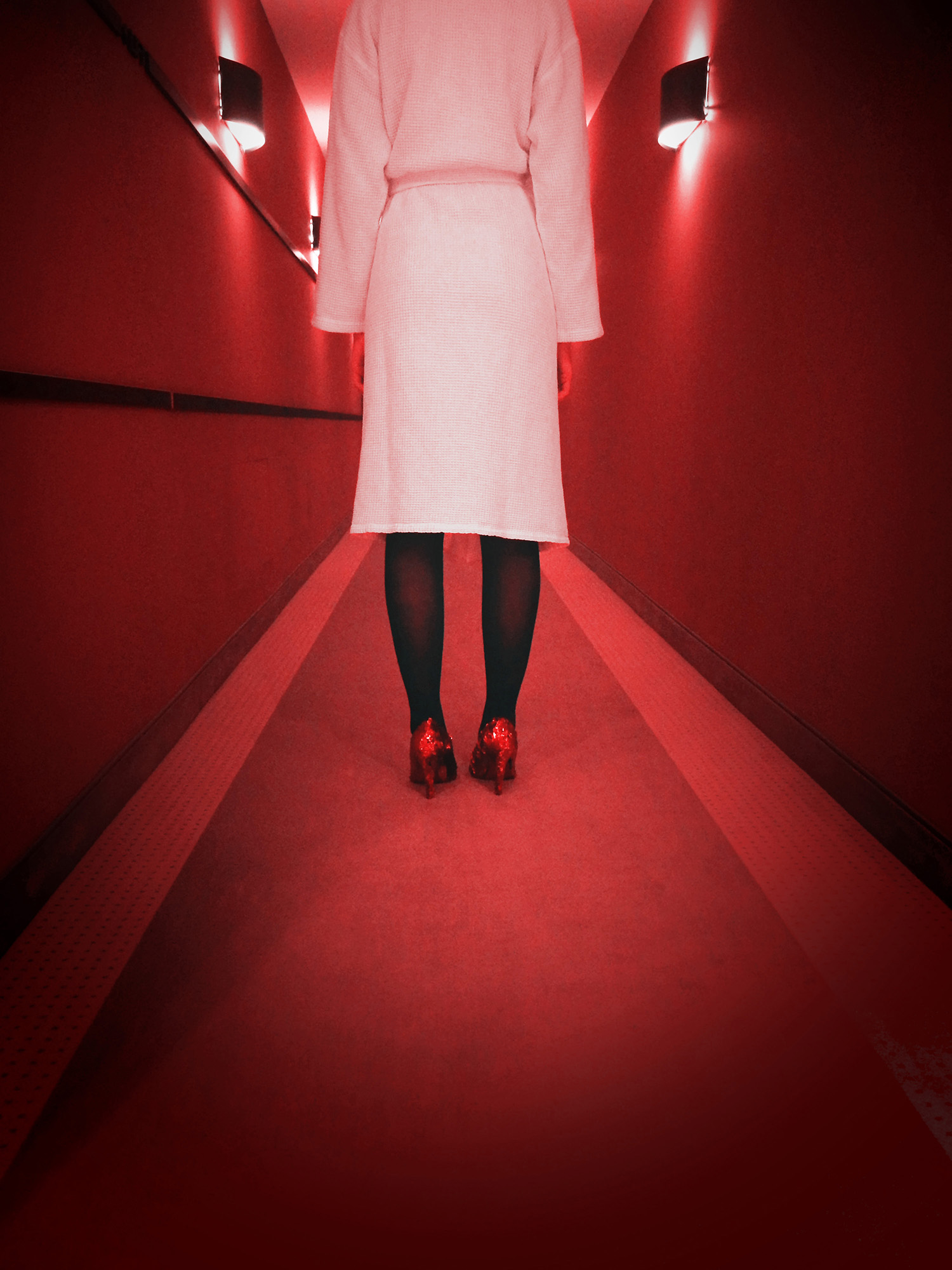 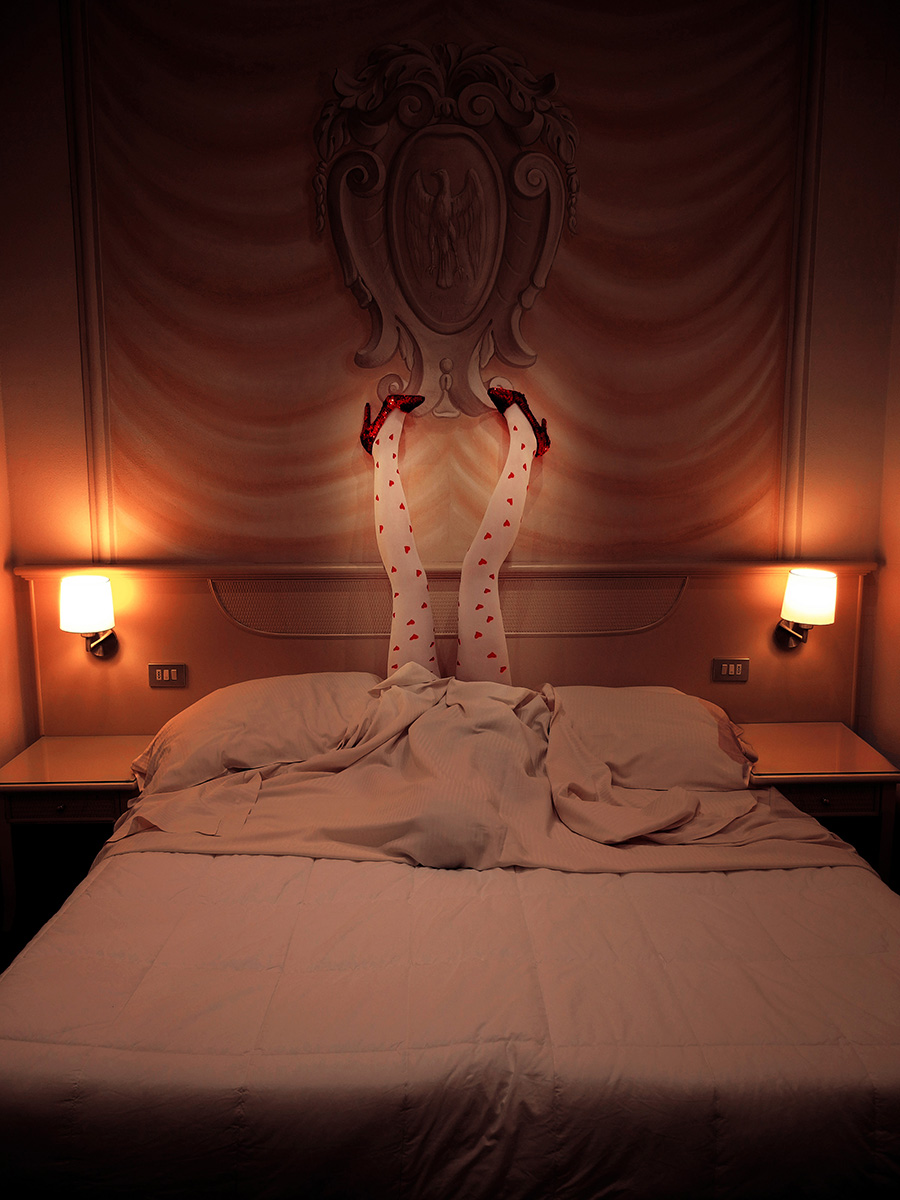 Not In Kansas is a series of constructed narratives, inspired by the tenacious, self-reliant character Dorothy from The Wizard of Oz. Her particular narrative resonates with me on multiple levels: she exudes strength and independence but, is also vulnerable and willing to accept and admit to experiencing feelings of self-doubt. Dorothy is not a one-dimensional character, and it is her nuanced personality, created not just in Baum’s original text, but also in her near-mythical status in popular culture, that I seek to explore and convey to the viewer. In particular, her journey of self-discovery overcomes fear and loneliness to become empowered and assertive in a strange land, inspired me to create narratives which blur the boundaries between fantasy and truth, offering scenarios within which the protagonist wrestles with feelings of confidence, determination and boldness but is conflicted with ideas of isolation, detachment and fear.

The series is photographed in a variety of locations and contexts, specifically chosen to explore, illustrate and emphasise a protagonist that struggles to find her ‘home’ not in Oz, but in the equally bewildering and disorientating reality of the modern world. Inspired by the contrast used in the 1939 film of the dreamlike wonderland and the sepia bleakness of the Kansas reality, I consciously chose to colour saturate each image as both a direct reference to the Technicolor of the film and, to convey the distinction the protagonist is struggling to make between fantasy and reality. The emotional uncertainty the protagonist projects in each image, paired with the overriding sense of tension that infuses the captured moment, is created to invite the viewer to decipher a particular scenario which only they can contextualise.  The deliberate ambiguity of each image, and the series as a whole, is constructed to encourage the viewer to question at what point of the yellow brick road the protagonist has arrived at, and what awaits her in the Emerald City: a final sense of belonging, acceptance of identity, the wizard waiting for another journey for her to embark on or, something else that is of individual significance to each viewer