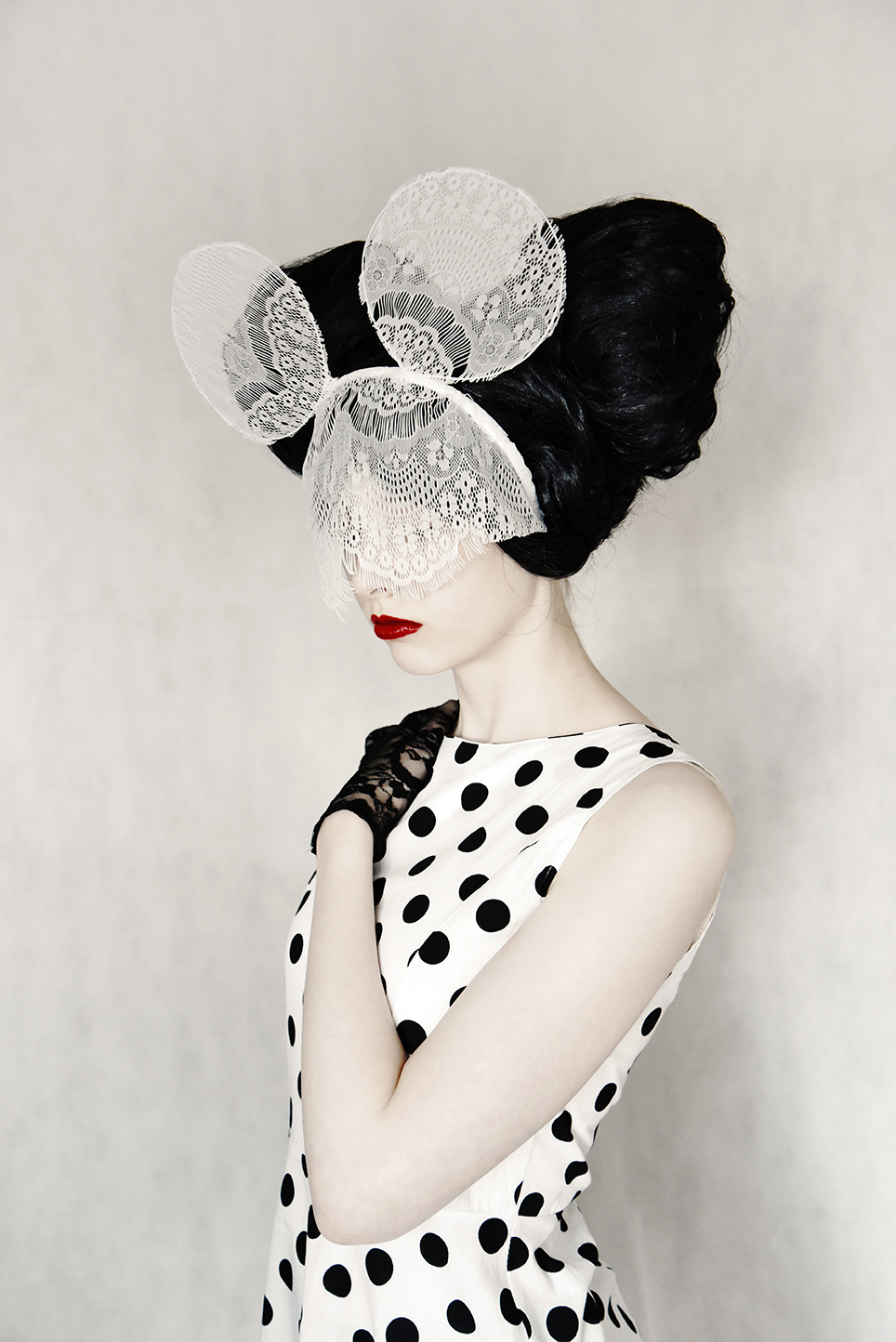 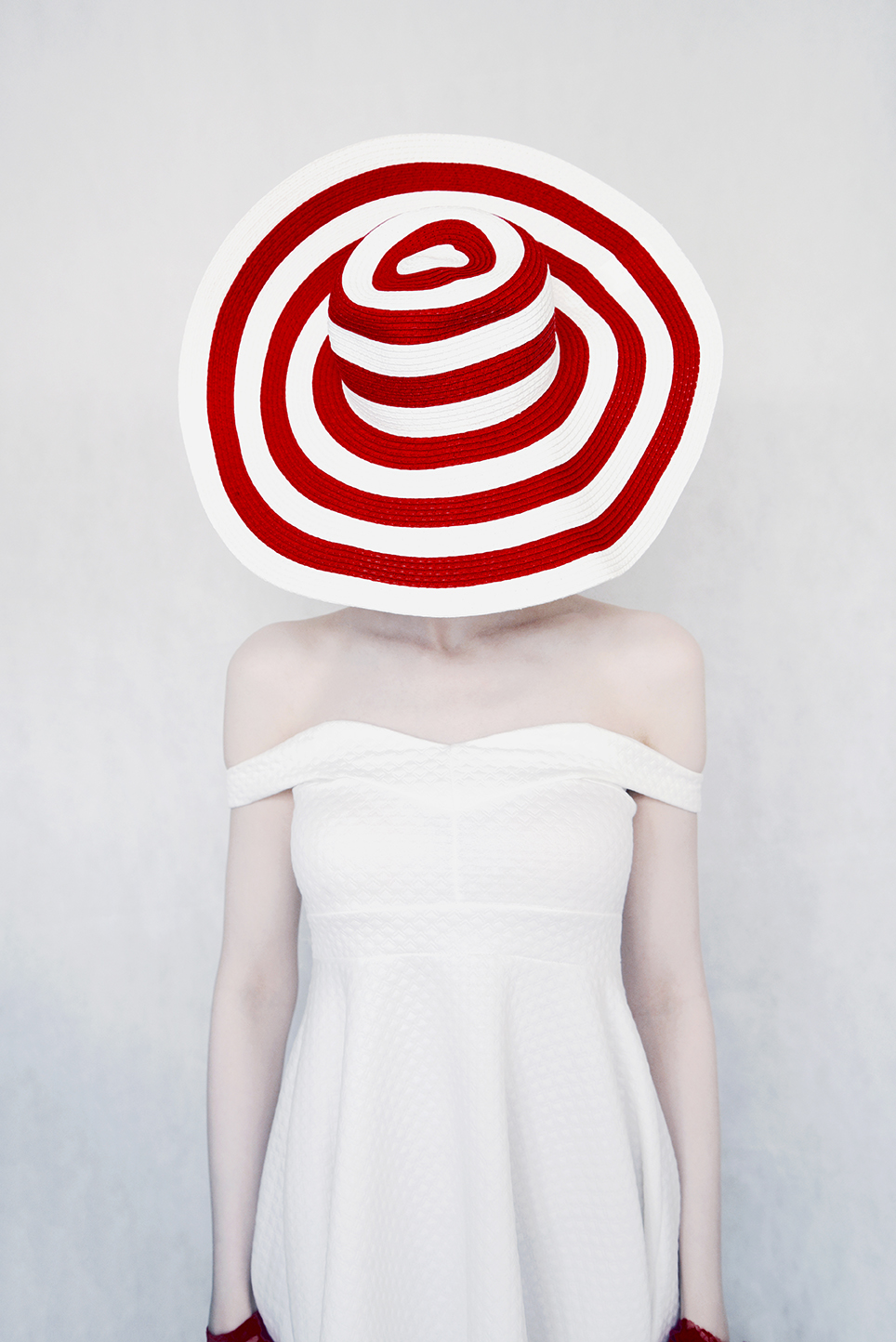 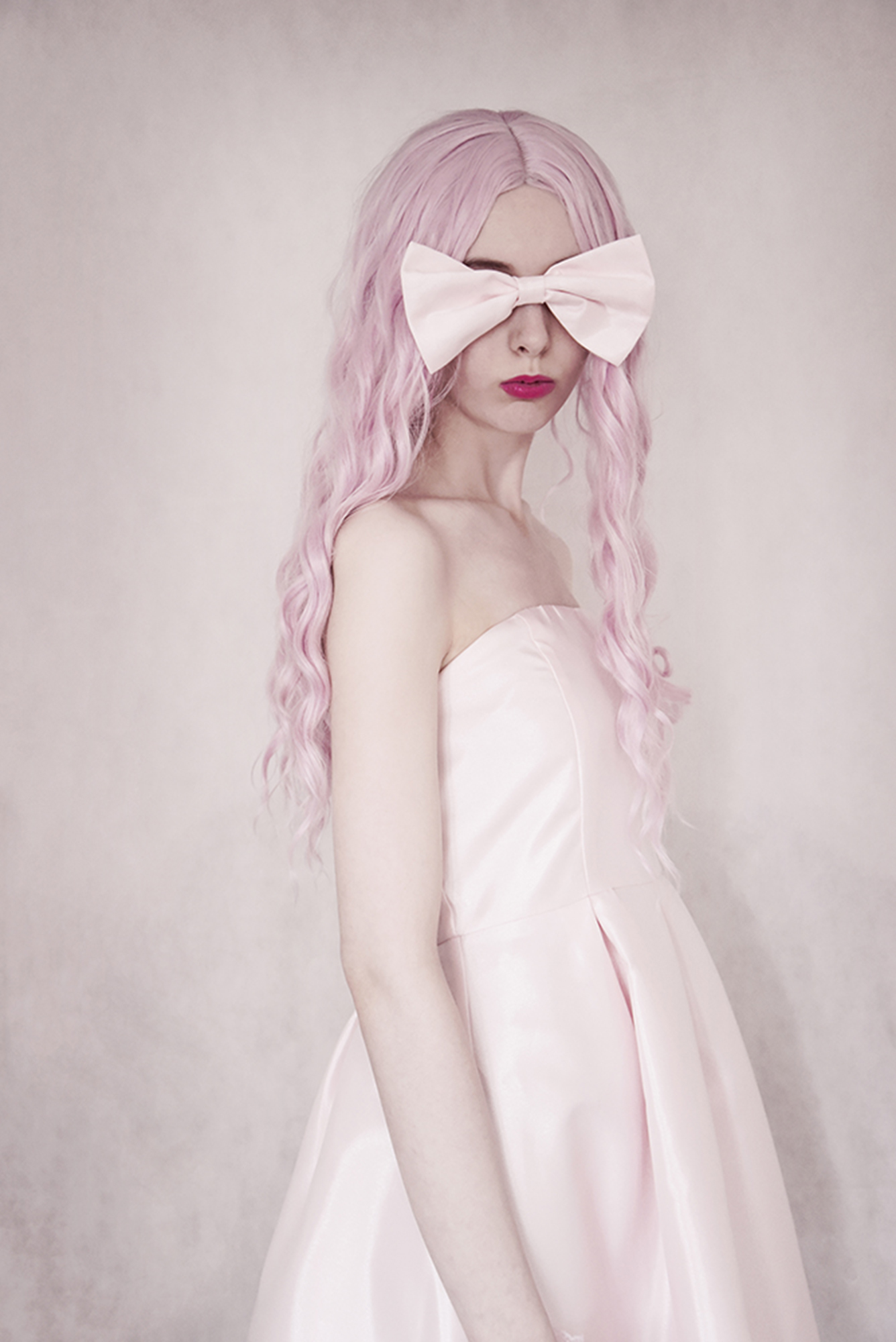 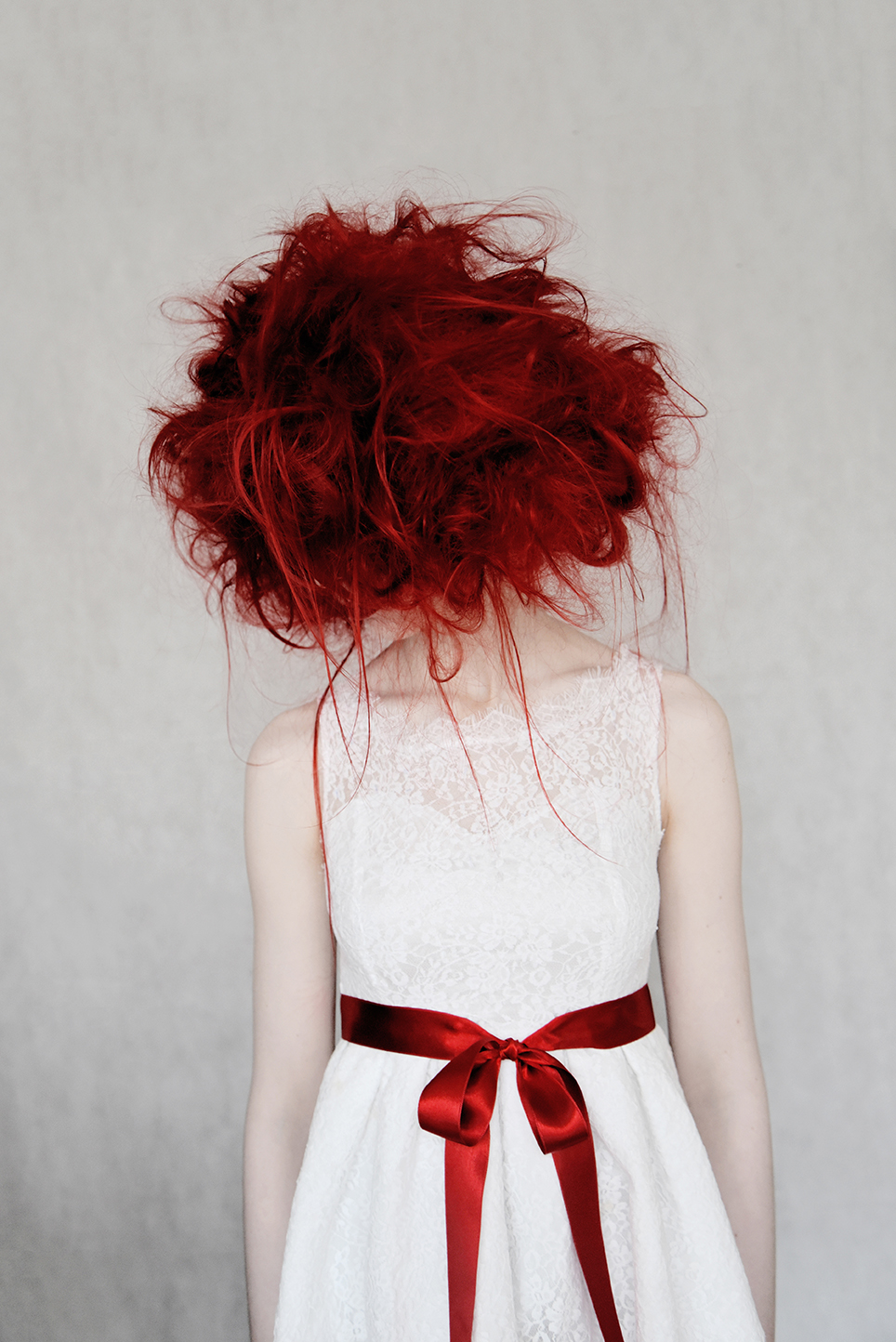 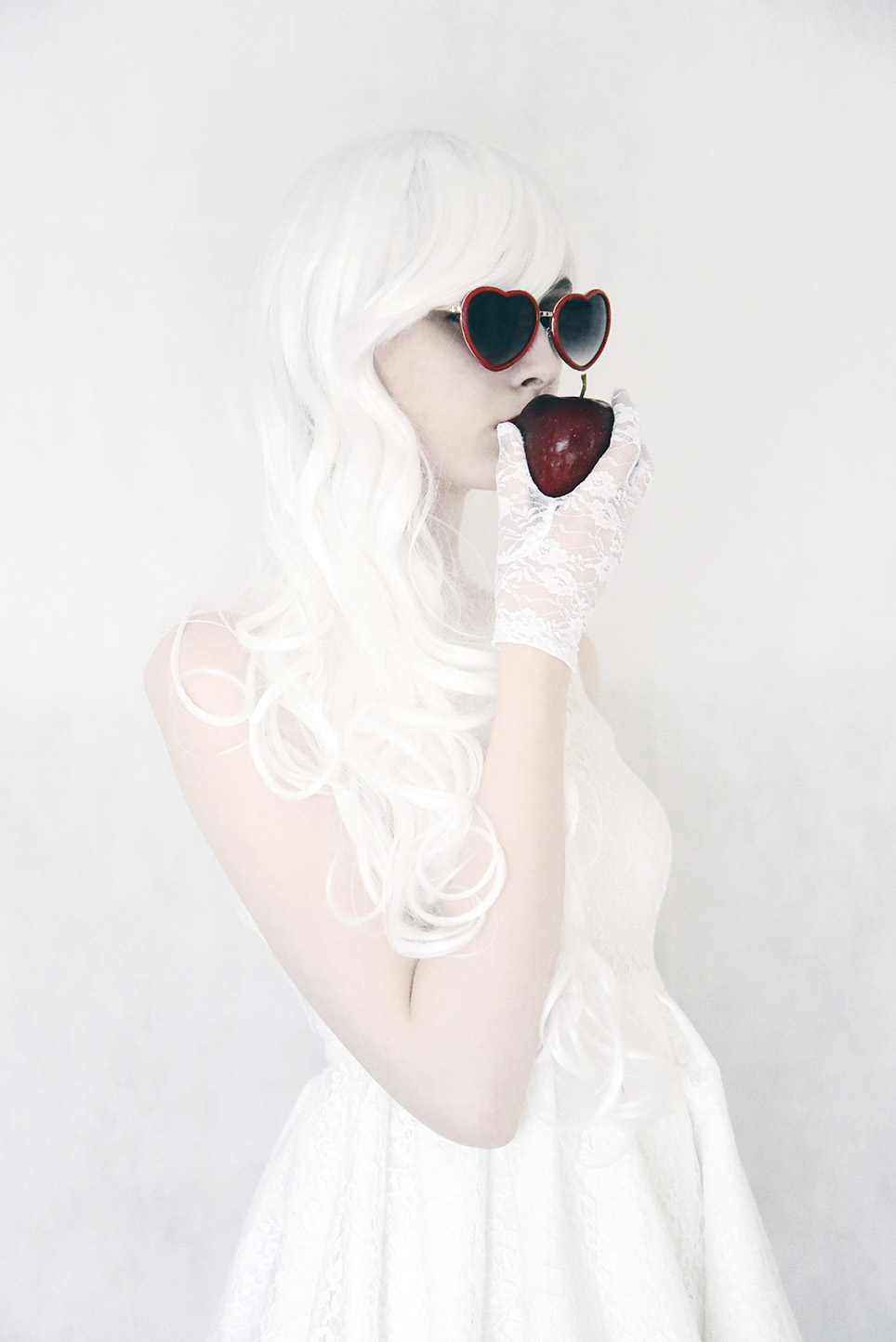 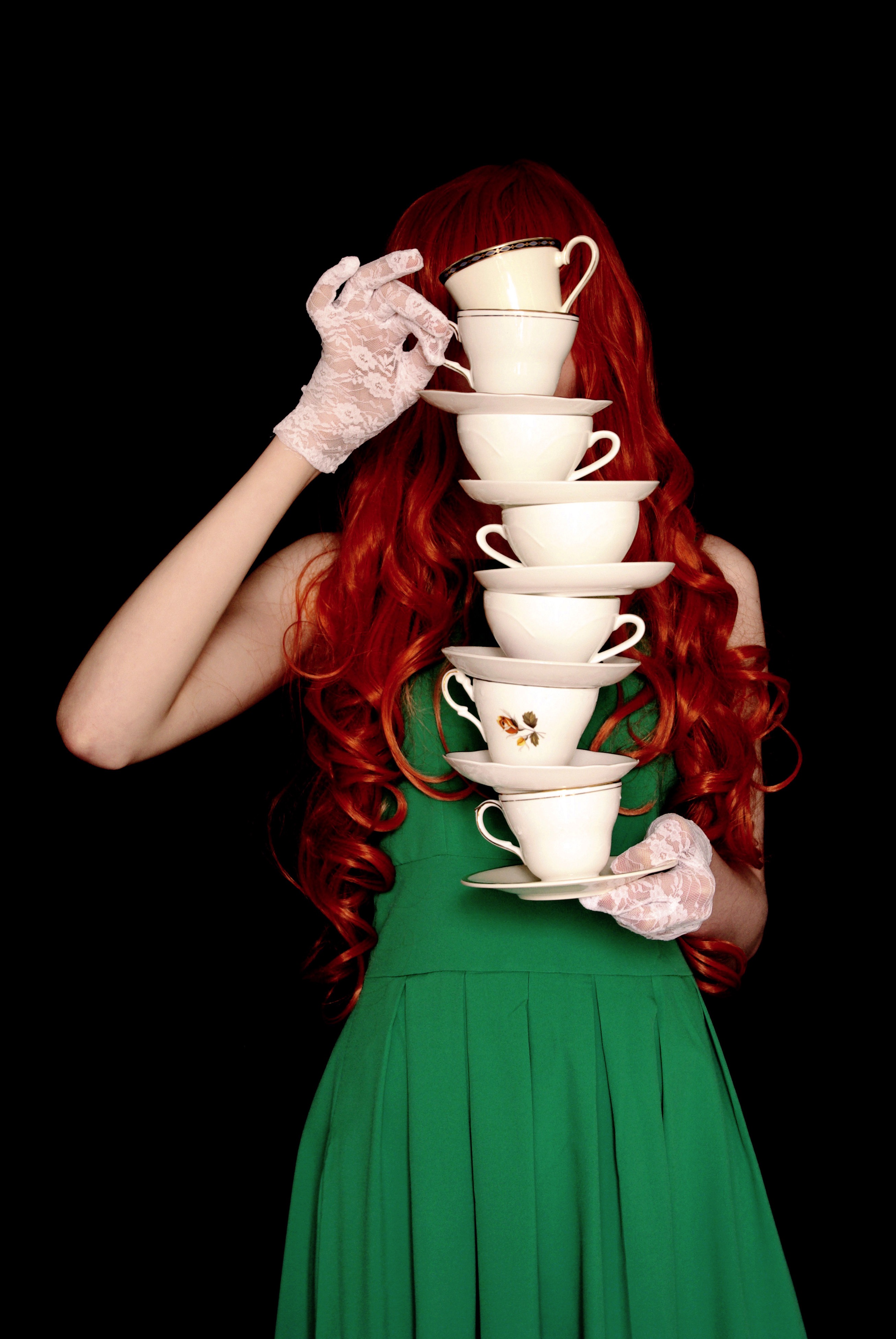 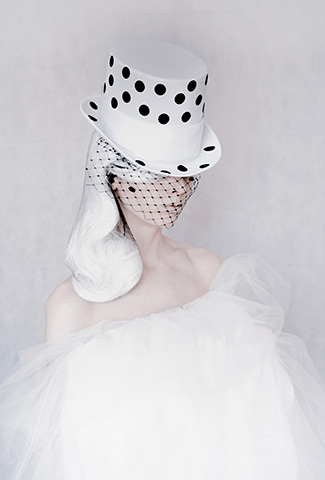 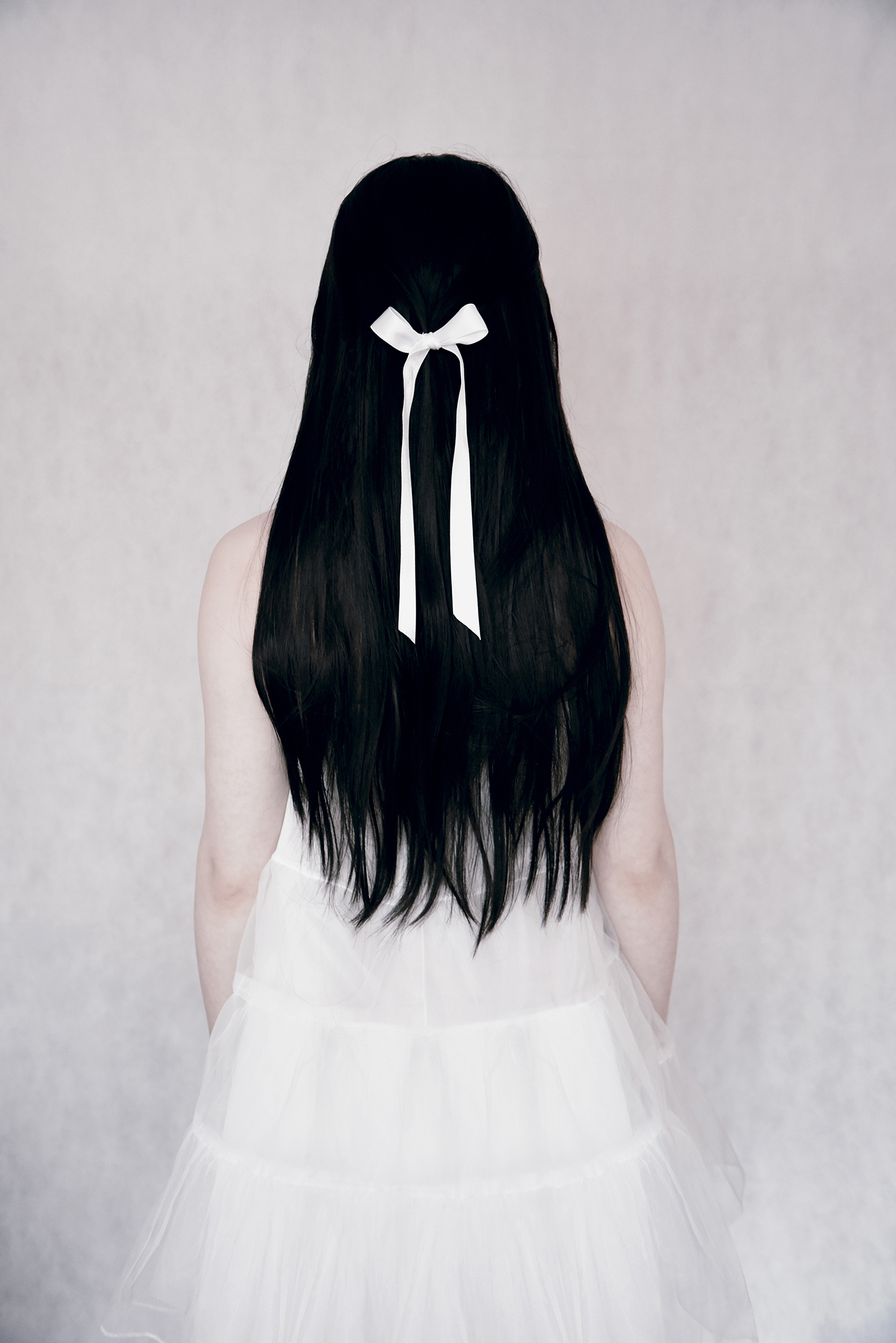 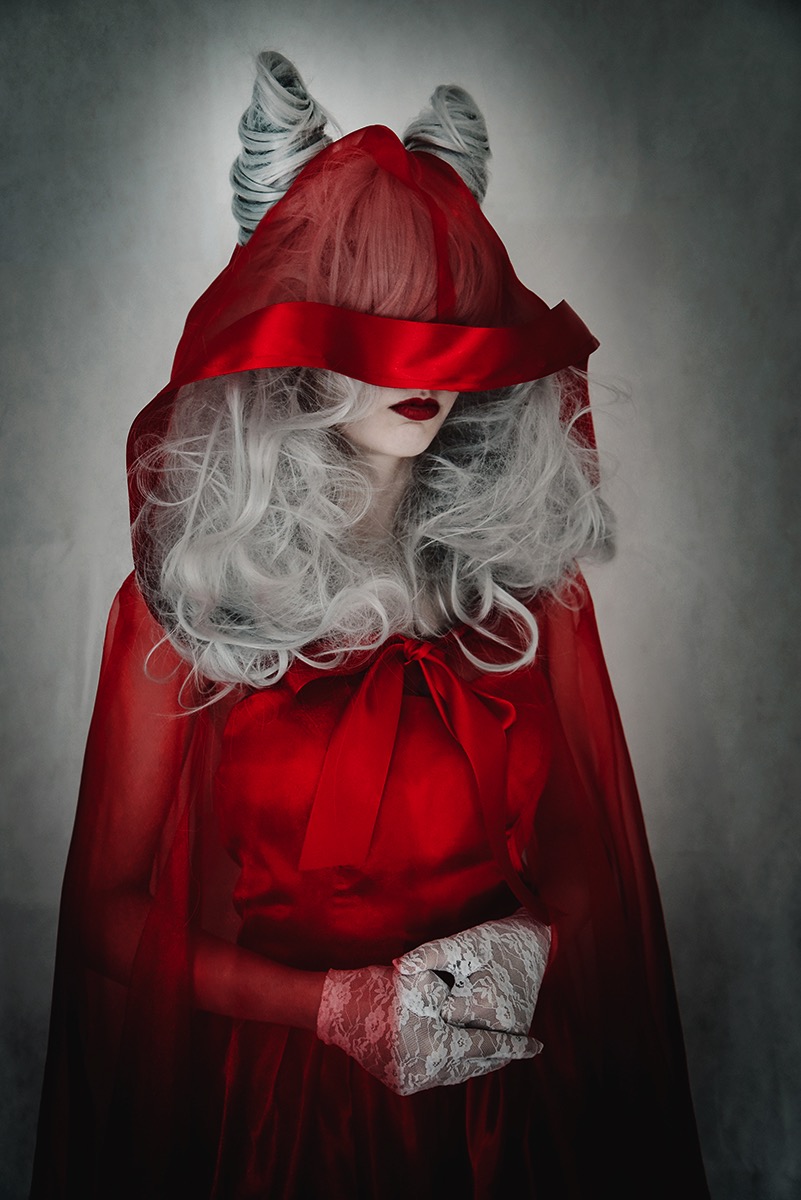 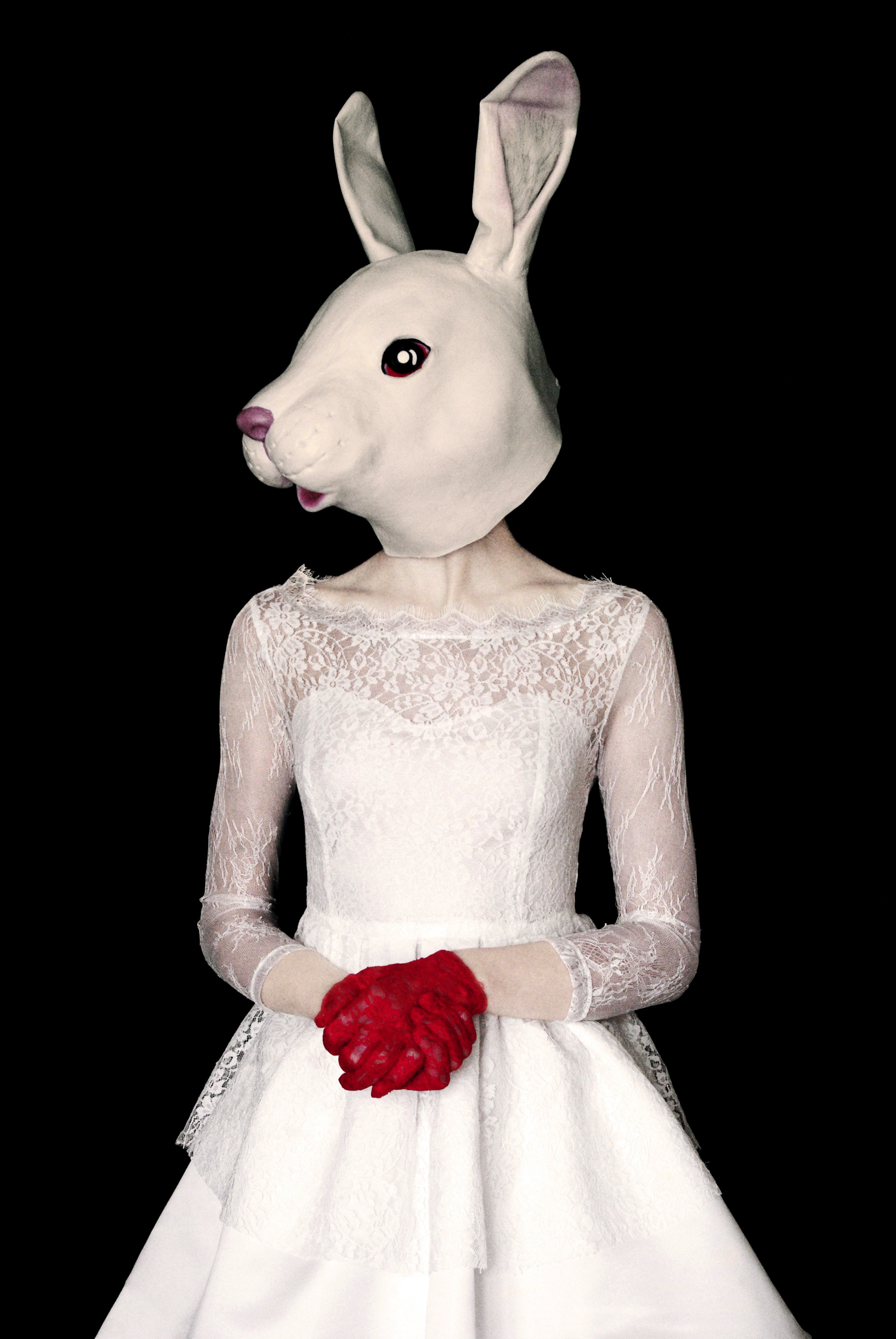 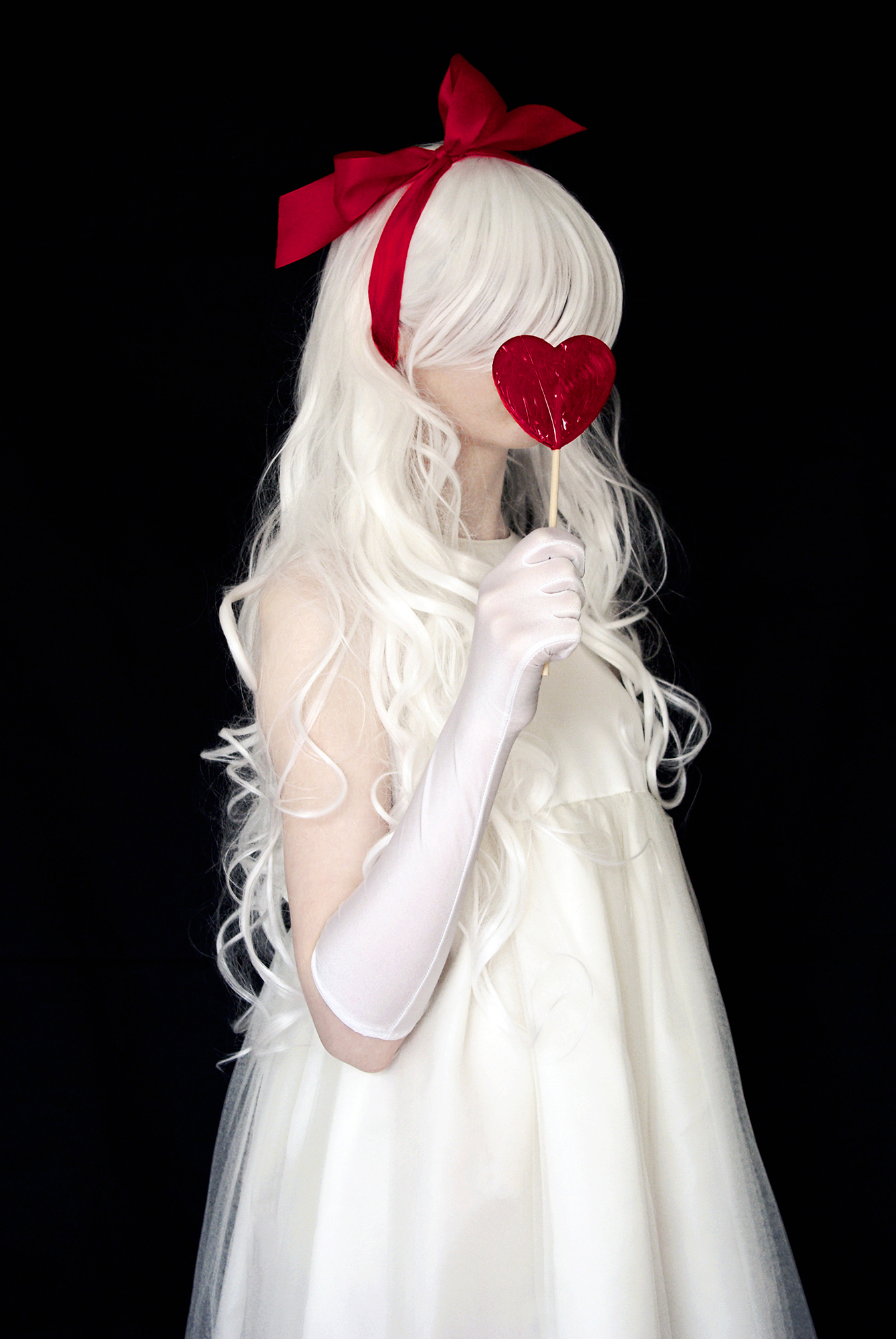 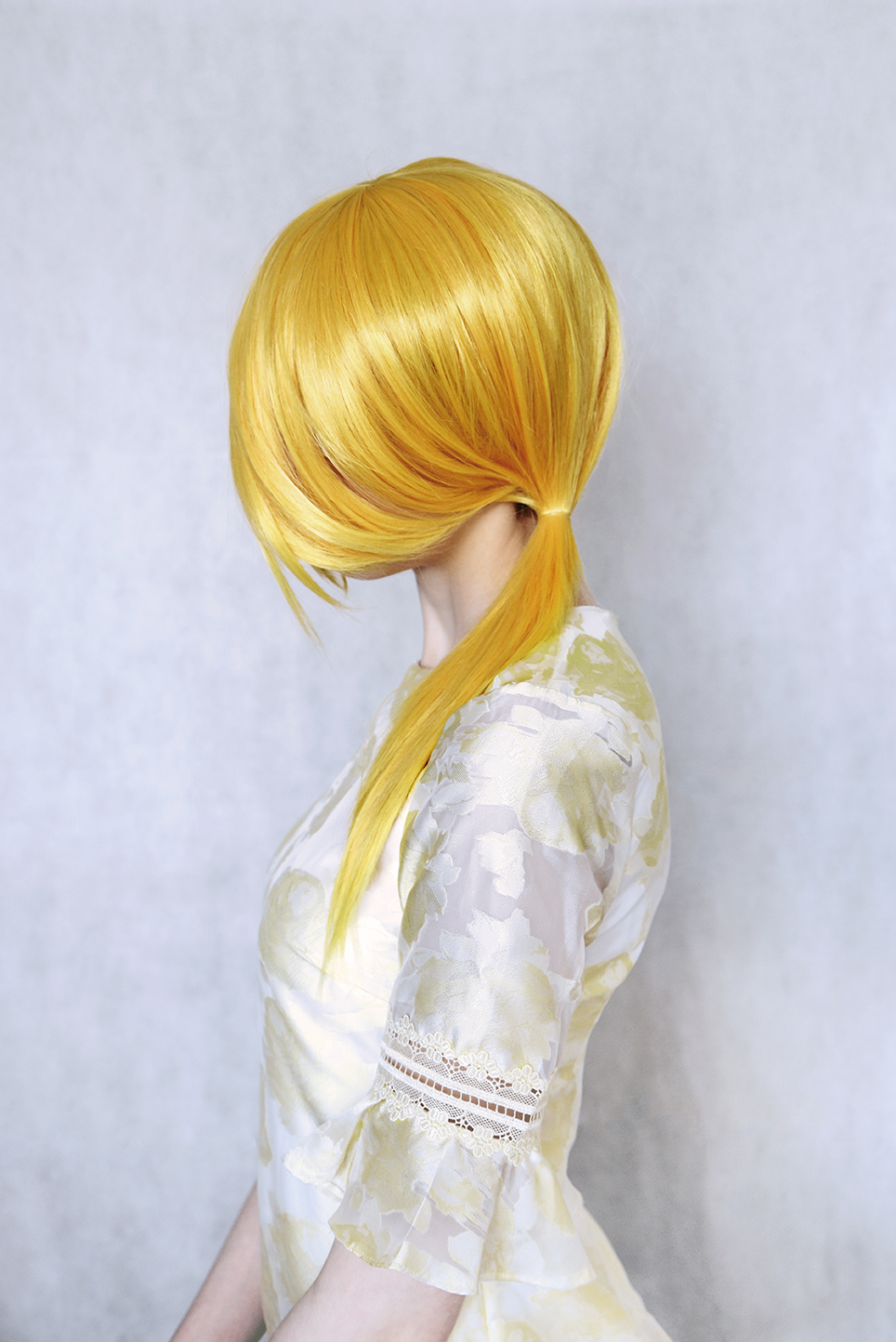 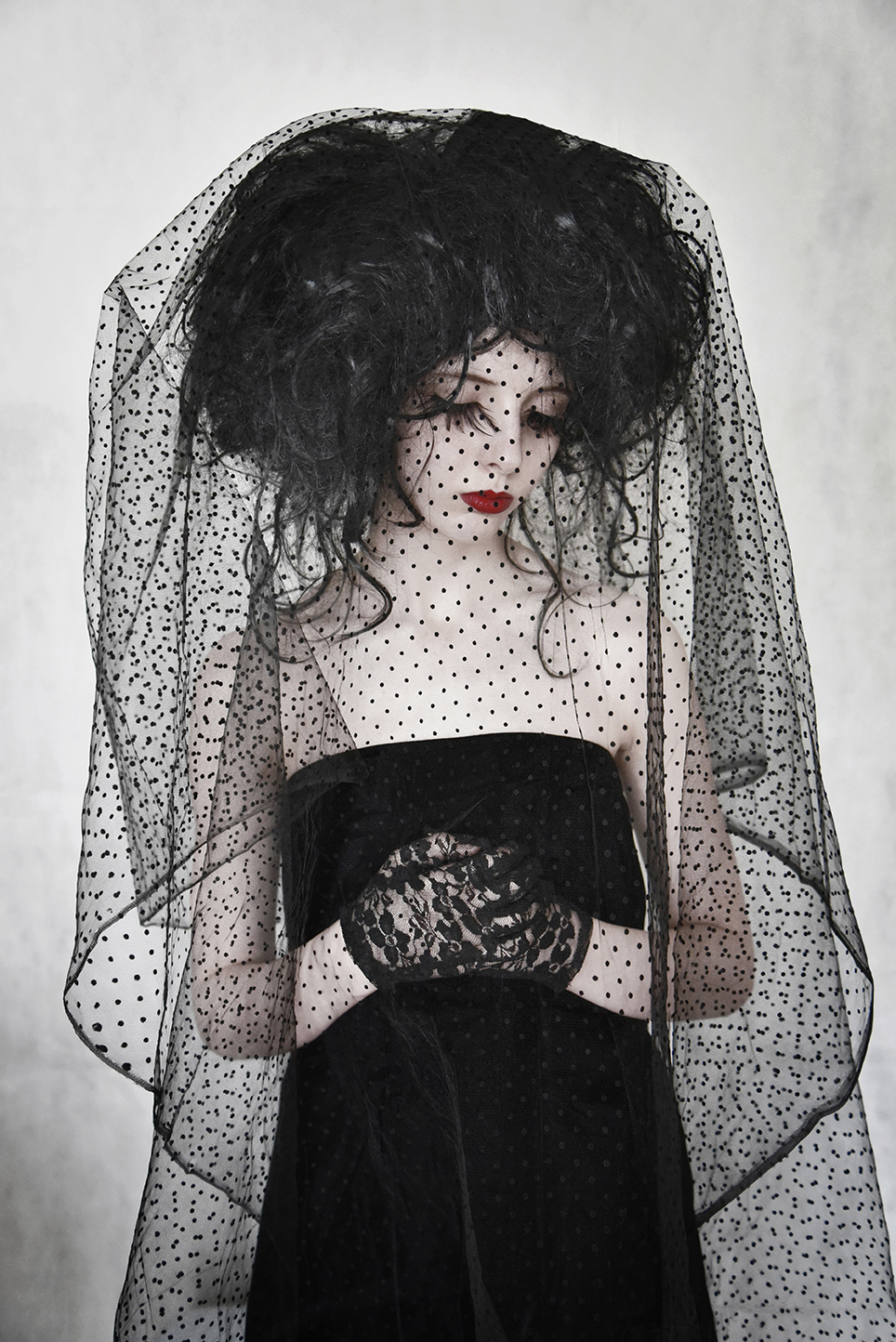 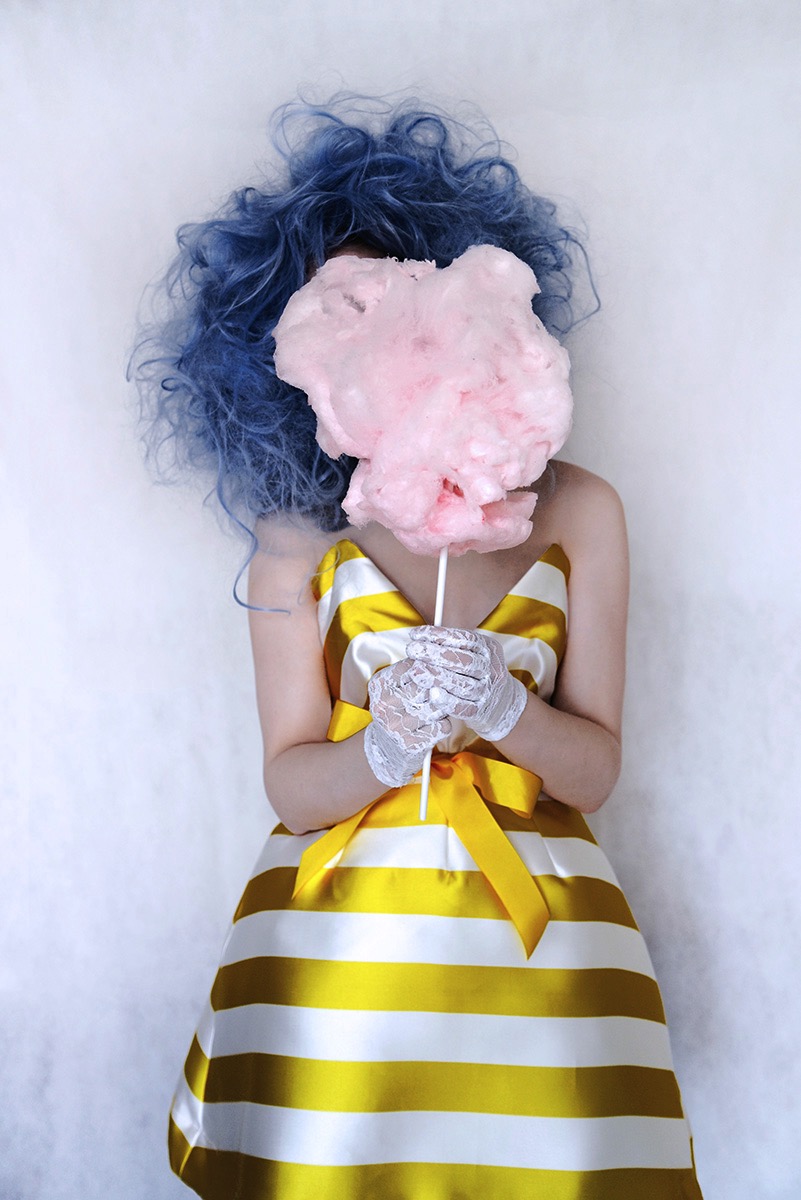 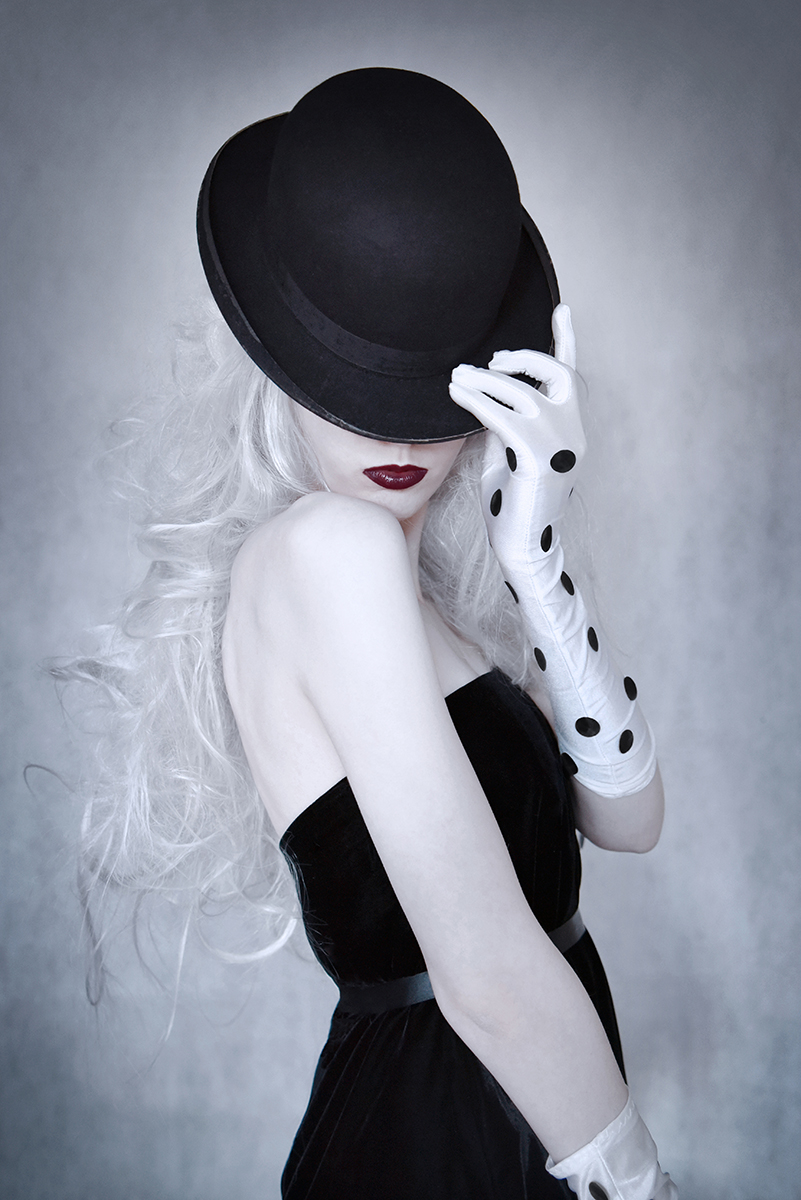 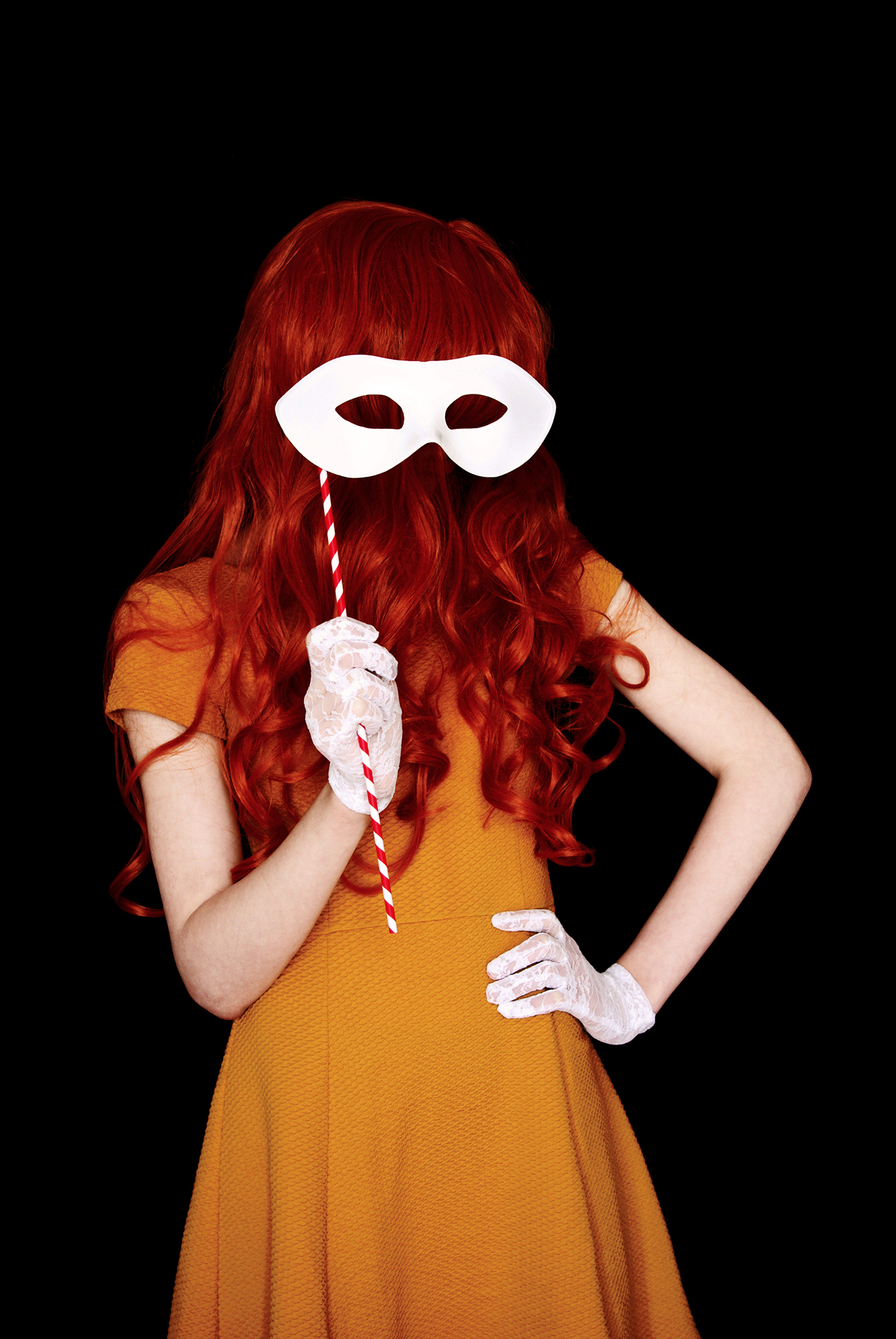 The series Selfhood is inspired by the proverb “the eyes are the window to the soul” and a desire to challenge the need to see the eyes (and therefore the “soul”) within a portrait photograph. Each image disguises the eyes of the subject in order for the viewer to find a connection with the character and narrative without the visual stimulation of the eyes.

The female characters in this series search for a sense of independent identity crafted through outward appearance and signalled through dress and posture, challenging the traditional assessment of character made via eye contact. Each image contains its own distinctive narrative, separate from the other photographs in the series, connected only through the motif of disguised eyes. Such a variety of stories and characters convey the many varied and nuanced facets of femininity that exist in reality. Indeed, Selfhood, although grounded in the reality of the female experience, also uses fantastical creative elements to allow the viewer to draw on their own preconceptions evoked by the traditional fairy tales or childhood figures referenced in the images. Therefore, each portrait in the series can take on a number of different identities and interpretations based on the viewer’s own personal connections, whether from memory or culture, to the established fantasy narratives signalled in the photographs.

Throughout Selfhood, I have been inspired by strong female characters, particularly those from childhood fairy tales, such as Snow White, Sleeping Beauty, Alice and Little Red Riding Hood, as well as those from a more modern (and thereby possibly more sinister) origin, like Offred. However, despite the strength inherent in these tenacious and independent women, there lies a vulnerability and a need to hide behind the traditional tropes of femininity, which I sought to convey in this series via the concealment of the eyes. The partially obscured female figure depicts the conflict I wanted to create between a female’s own sense of identity and femininity, and a society’s preconceived expectations for the female. The concealed eyes symbolise both the female’s desire to hide the “soul” and identity of oneself from the world, and instead create it through a less vulnerable armour of dress and appearance, and society’s desire to not look into a woman’s eyes to see the reality of individuality in each female and expose the fantasy of an unnuanced singular female experience.